Mangaluru, Jan 2: The College of Computer Science and Information Science of Srinivas University organized a virtual international conference on the topic 'Artificial Intelligence and Quantum Computing', on December 29 and 30.

The virtual inauguration held on December 30.

Dr CA A Raghavendra Rao, chancellor, Srinivas University presided in the inaugural session. Dr Niranjan N Chiplunkar, principal, NMAMIT, Nitte, Karkala, Karnataka was the chief guest of the inaugural session. He pointed out the importance of conducting a conference in emerging fields of artificial intelligence and quantum computing to research students. 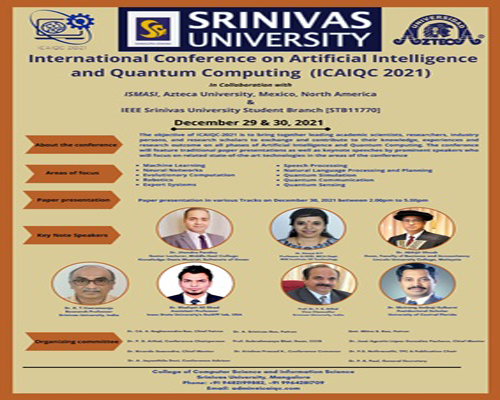 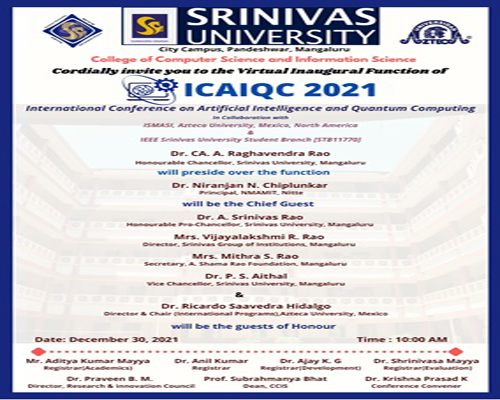 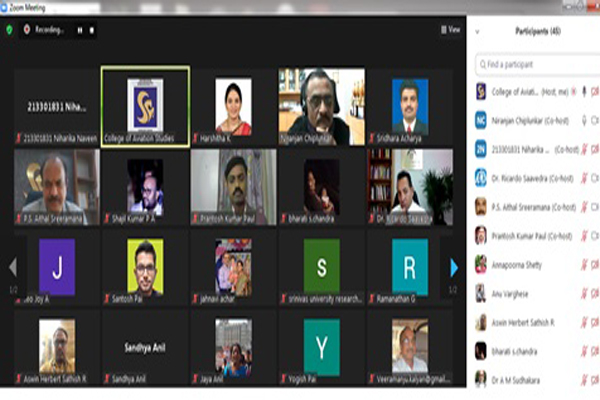 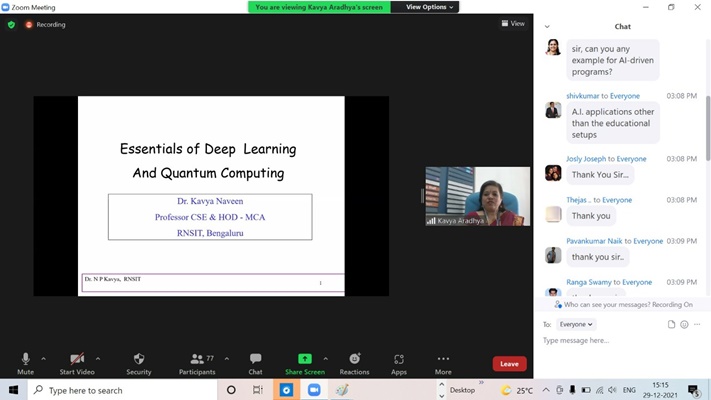 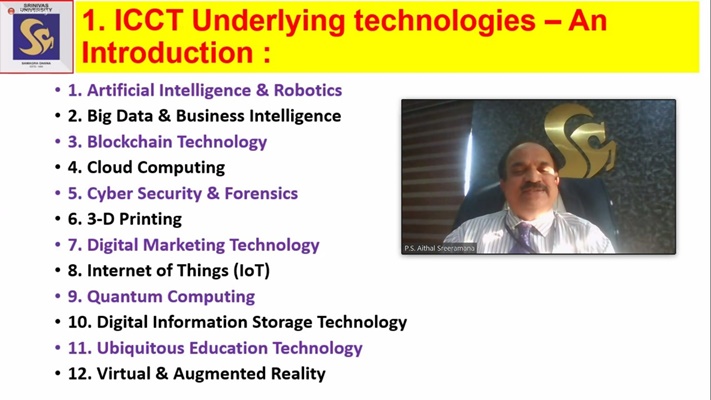 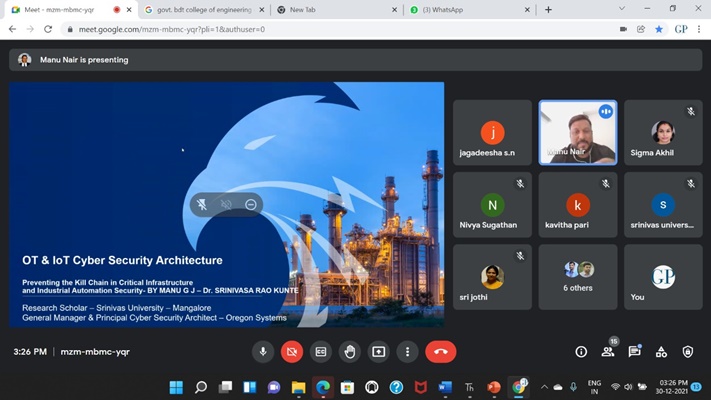 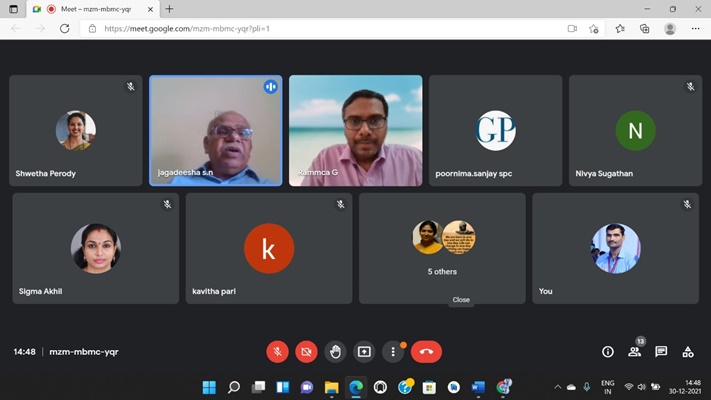