At the same time, there are indications that in some districts, the JD(S) may decide to remain neutral whereas in some constituencies, the Congress is being favoured. In a few cases, the BJP is set to get advantage. For example, in Harihara constituency in Davanagere district, the JD(S) has a strong footing. The taluk has 386 votes and the JD(S) is said to be in a position to influence the result. Party leader and former MLC H S Shivashankar said that the voters will use their discretion when voting. 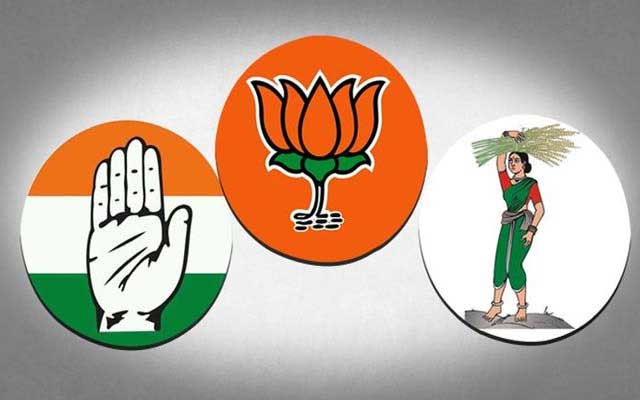 In Raichur and Dharwad constituencies, the district leaders have decided to support the Congress candidates. Speaking in Dharwad, JD(S) district president Gururaj Hunasimarad, said that support is being extended by the party to Congress candidate Saleem Ahmed. JD(S) Belagavi district president Shankar Madalagi said that taluk panchayat presidents have been asked to decide on their own. He said the taluk unit presidents will decide to support candidates who are cooperative.

In Chikkamagaluru district unit, there are differences on whom to support. Therefore, in Kadur assembly constituency limits, Congress party will get the JD(S) support whereas in other parts, there is no clear stand. In a few pockets, the leaders are favouring the BJP.

Leader of the opposition in the assembly, Siddaramaiah, in the meanwhile, said that going by the instruction of the JD(S) to the local leaders to decide whom to support, and Yediyurappa's expression of thanks, he has some suspicions on what the JD(S) leaders are up to, he added. He also expressed the opinion that the above incidents give an inkling that the two leaders would have entered into internal understanding which the people of the state are able to see through.