San Francisco, Dec 9 (IANS): Apple was forced to stop its assembly line for several days first time in more than 10 years due to supply chain limitations and China's ongoing power restriction in October.

The Cupertino-based tech giant's initial goal was to make 95 million iPhone 13 models in 2021, but that number dropped to around 83-85 million at the start of December.

A report by Nikkei Asia mentions that due to limited components and chips, it made no sense to work overtime on holidays and give extra pay for front-line workers. That has never happened before. The Chinese golden holiday in the past was always the most hustling time when all of the assemblers were gearing up for production. 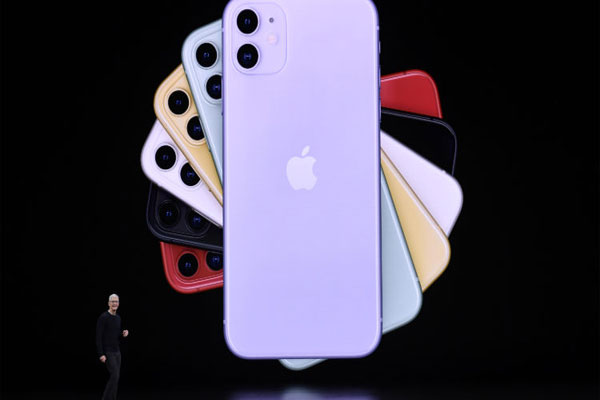 The Golden Week holidays in the first week of October usually sees Apple's suppliers like Foxconn and Pegatron ramp up production to 24 hours a day. This year, it was complete opposite of that.

September and October production of iPhone 13 models fell short of 20 per cent of its initial goals. Meanwhile, iPad production only achieved 50 per cent of the volume expected in the same time frame.

As per report, despite re-accelerating production in November, Apple was still falling about 15 million units short of its aim to build 230 million iPhones in total this year, an ambitious goal set at the beginning of 2021.

Meanwhile, Apple also reportedly planning to increase iPhone shipments by 30 per cent for the first half of next year with the larger goal of exceeding 300 million iPhone shipments in 2022.

Persons familiar with the matter said that Apple is seeking to beat its objective of distributing 300 million iPhones by 2022 and the shipments of the iPhone 13 range will climb by 30 per cent in the first half of the year, reports DigiTimes.

To attain this goal, major component companies have been notified to adapt to supply and demand plans. The goal can turn out to be quite a challenge considering the global semiconductor shortages.