The Head of the Department of Neurosurgery & Gamma Knife Radiosurgery and Chief of Surgery at the hospital, he becomes the first neurosurgeon ever from a country outside Europe or America to be bestowed with what is the most prestigious honour in global neurosurgery.

The WFNS Foundation promotes development of neurosurgery and is the umbrella body of the apex bodies of all neurosurgical societies around the world. 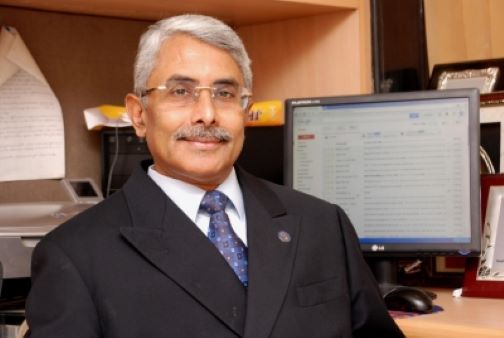 Its mission is to improve worldwide neurosurgical care, training and research to benefit patients in collaboration with 130 member societies and 5 continental associations, 6 affiliates societies, and 119 national societies representing around 49,000 neurosurgeons globally.

"It is gratifying to be able to contribute to the worldwide development of the field of neurosurgery through this platforma It's an honour to be elected as Chairman of WFNS Foundation," said Dr. Misra on his election.

The hospital's Director Professional Services Dr. Sanjay Agarwala said Dr. Misra has scaled newer heights in the field of medicine and it was his expertise and breakthrough innovations in neurosurgery that have helped save countless lives.

Recipient of the "Dr. B. C. Roy National Award", under Dr. Misra's guidance, P.D.Hinduja Hospital became the first in South Asia to receive a Gamma Knife Radiosurgery Facility, and he was the first in the world to perform an Image-Guided Aneurysm Microsurgery .

Last year, he became the only Indian to be conferred the American Association of Neurological Surgeons International Lifetime Recognition Award-2020, and currently is the Hon. President of the World Federation of Skull Base Surgery Societies.