Kundapur, Nov 29: Traditional Kambala of Taggarse, which has a history of several centuries was held on Sunday November 28 at the Kambala field belonging to the family of Kantadamane.

More than 60 pairs of buffaloes took part in the Kambala. This time around sensor type speed limit measurement device was used to test the speed of the buffaloes.

Kambala is not only celebrated as a sport for buffaloes but as a festival for farmers. Taggarse Kambala which is known as the biggest under the limits of Byndoor started with the decoration of the field and offering of poojas to Gods, Goddesses and Daivas in the morning. In the afternoon the buffaloes who took part in the competition were welcomed in traditional manner by offering coconut and betel leaf. 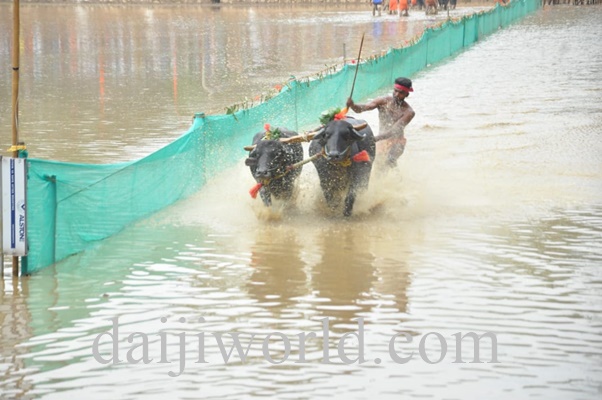 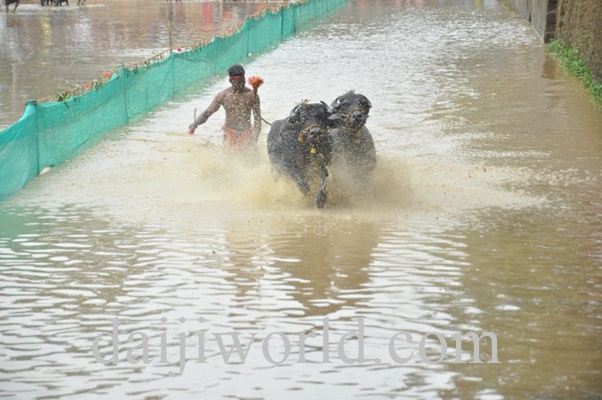 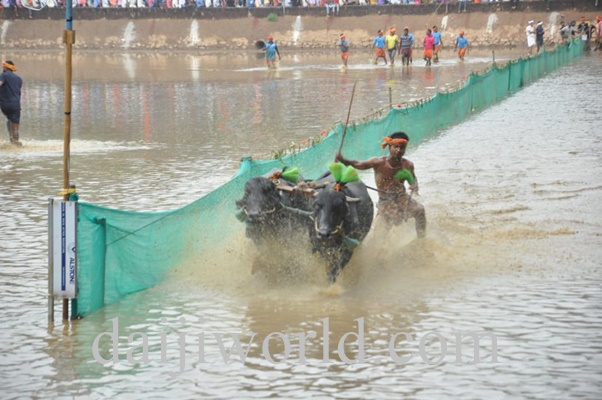 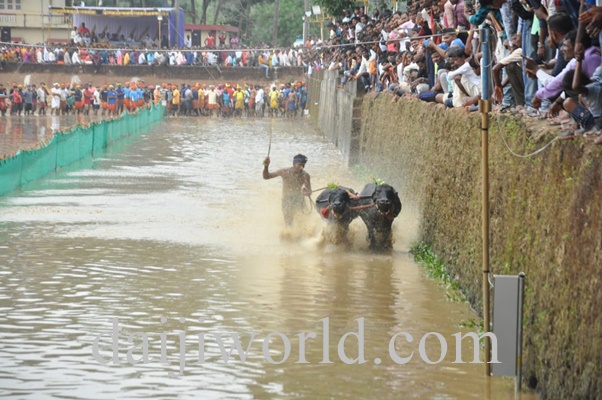 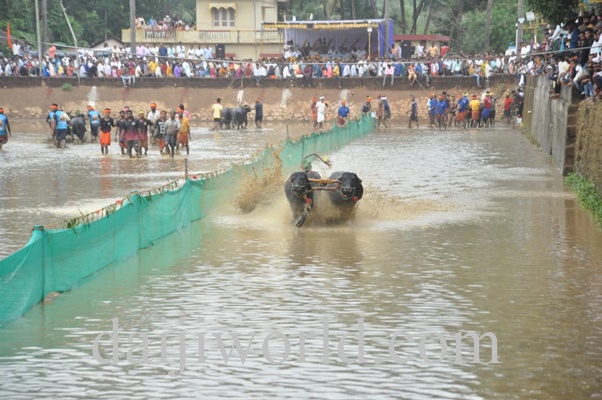 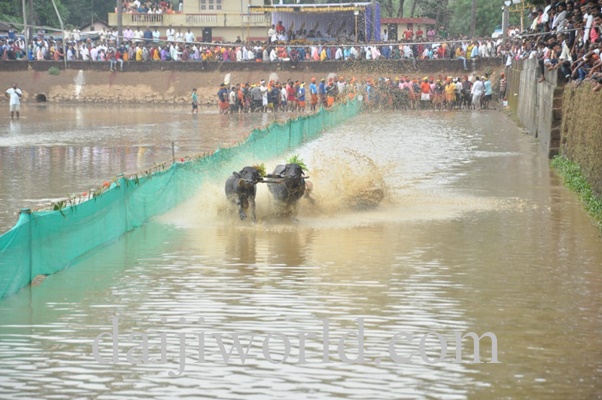 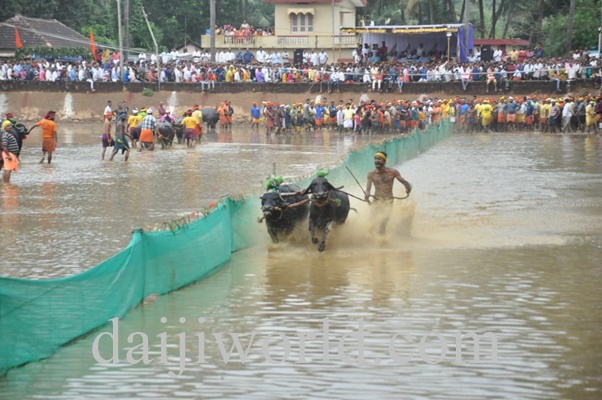 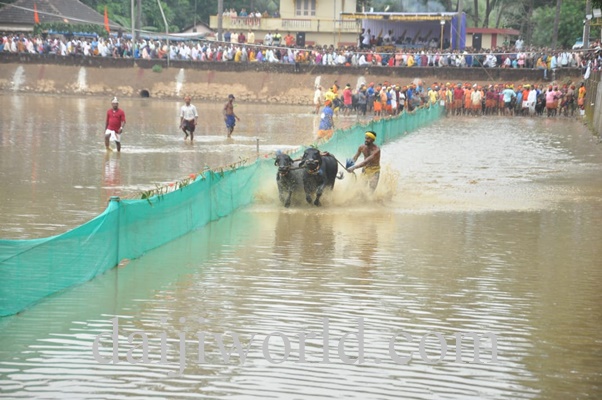 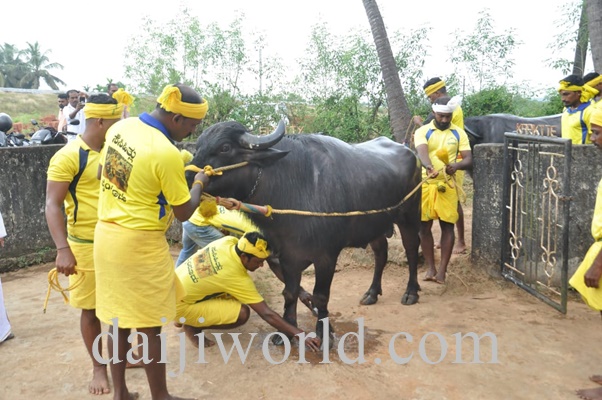 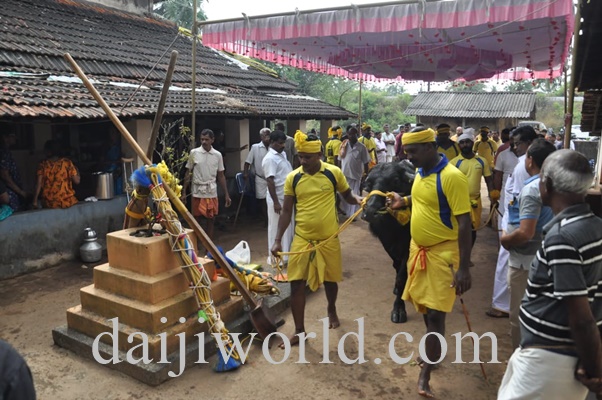 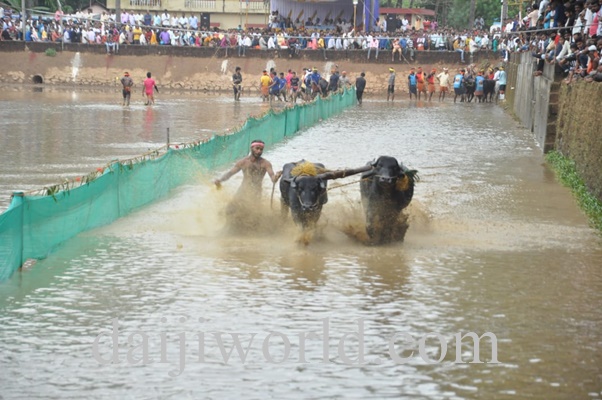 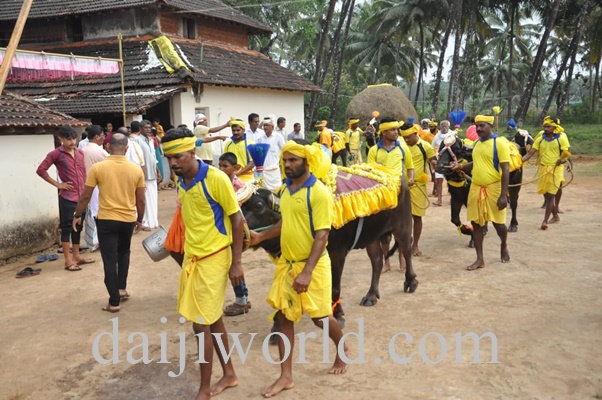 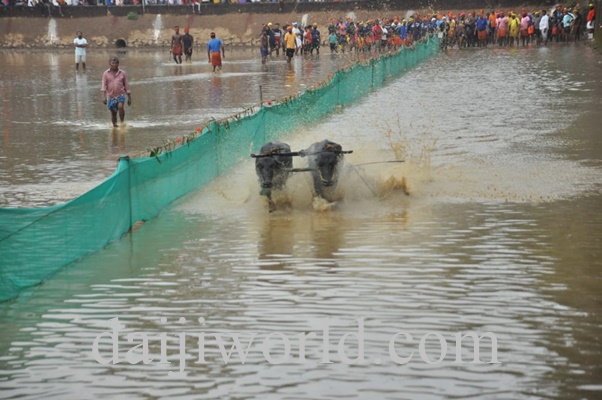 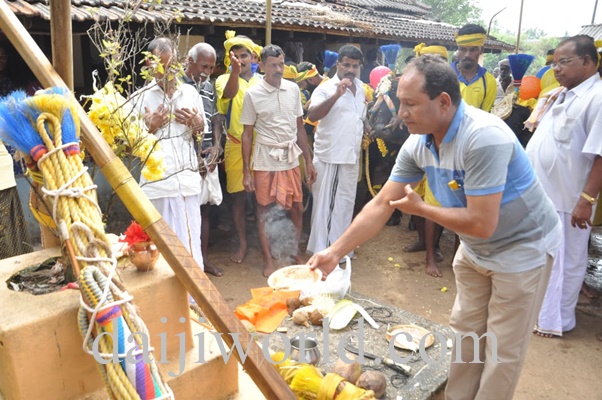 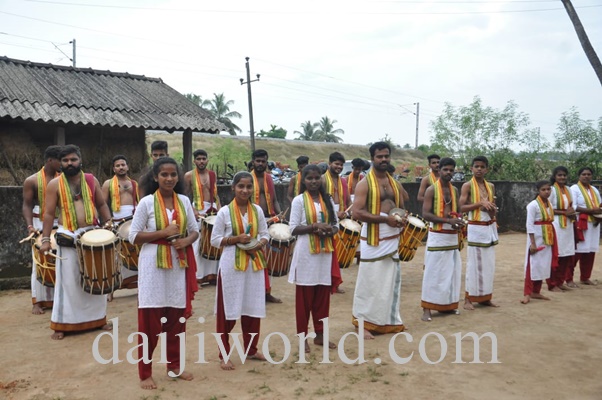 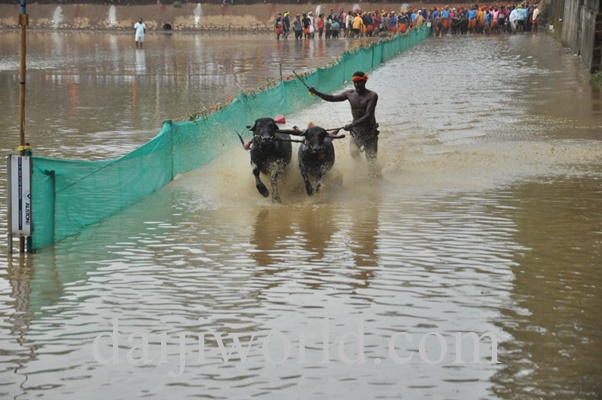 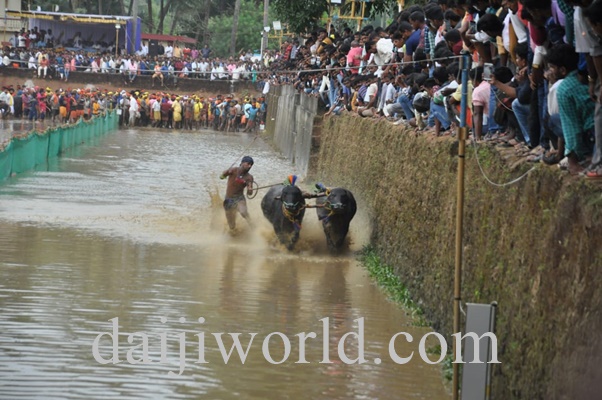 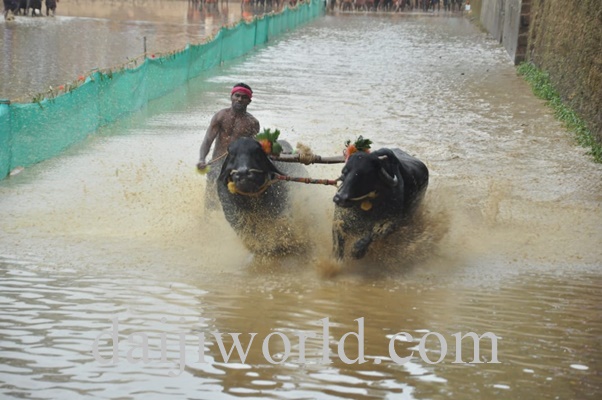 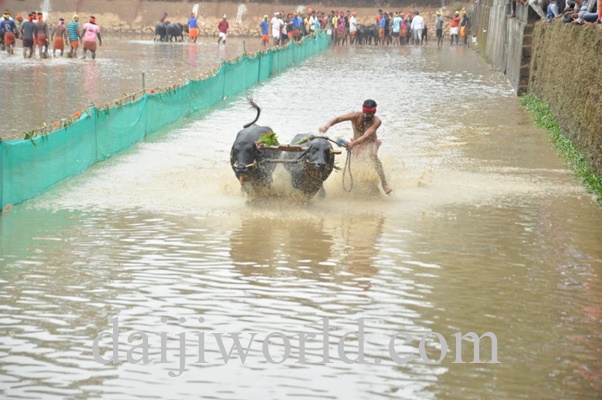 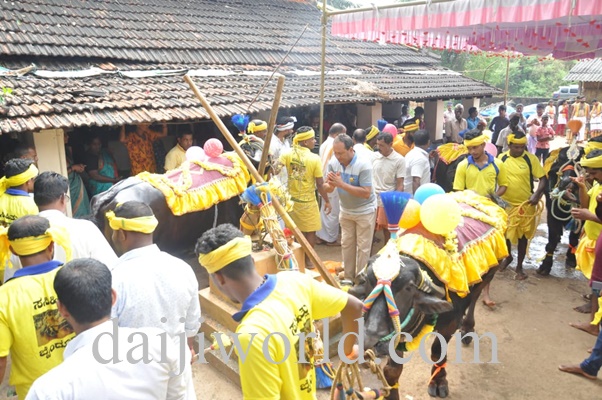 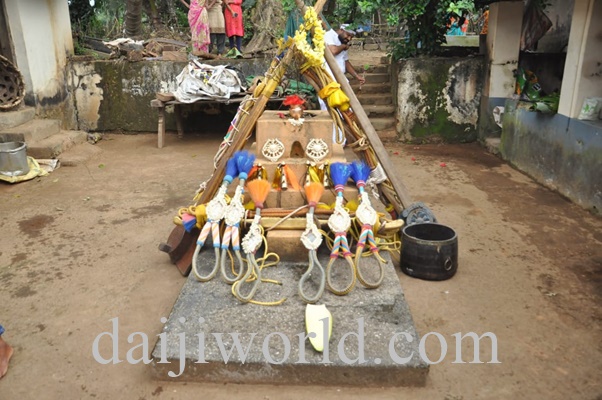 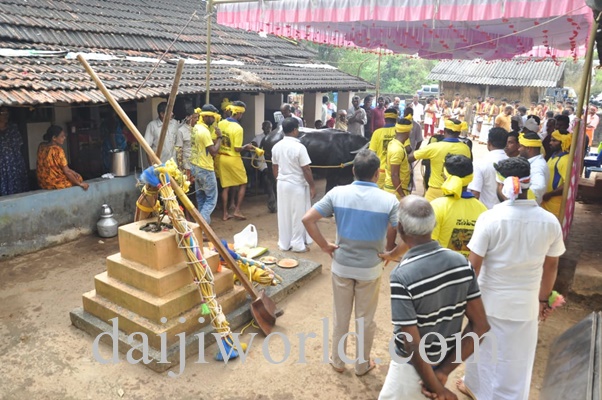 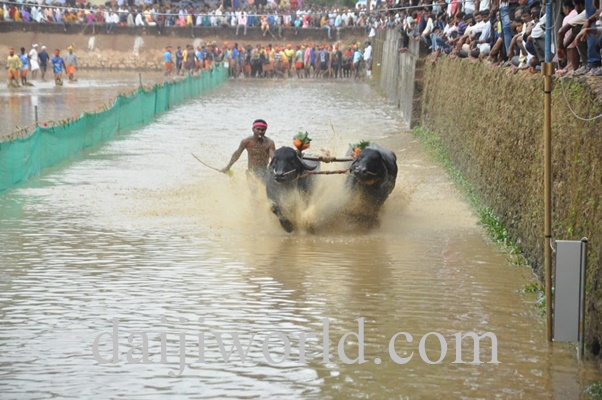 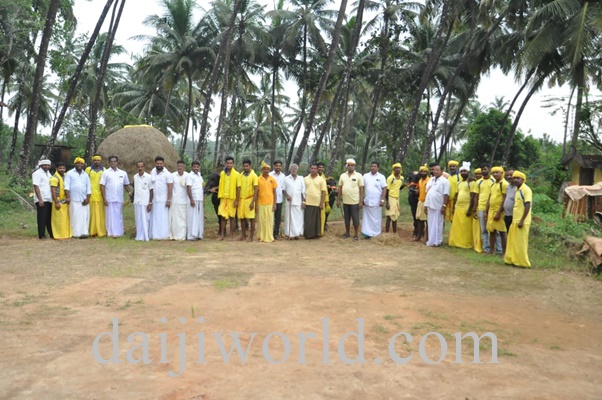 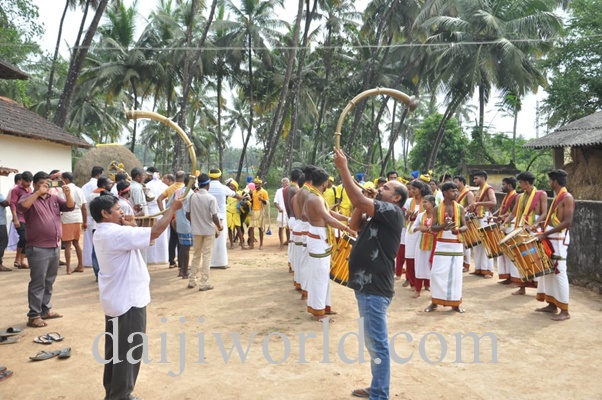 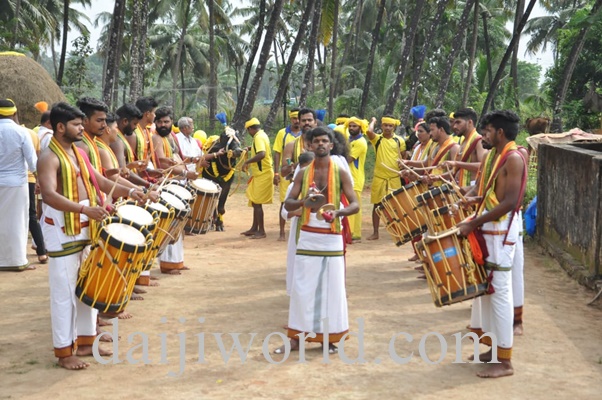 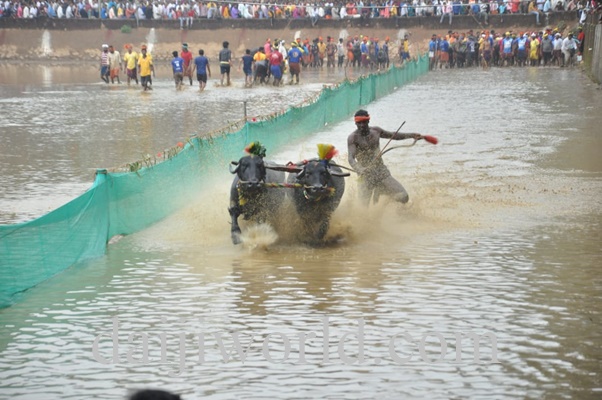 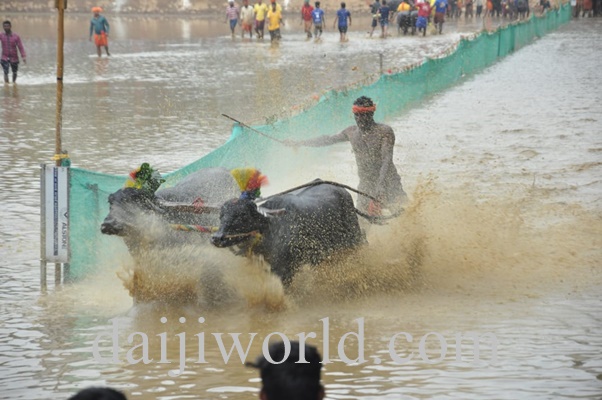 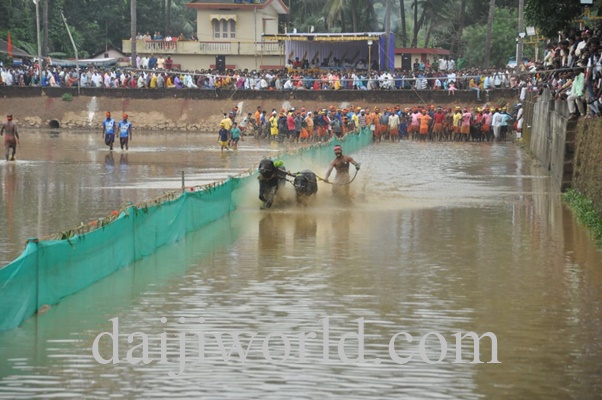 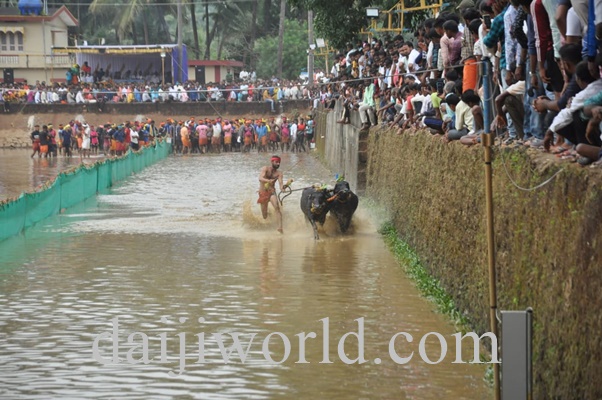 Buffaloes of a certain family of the village are made to get down on the sport field. This signals the start of the event. Some buffaloes were just run in the field as part of vow, while others took part in Hagga and Halage sections of the sport.

The buffaloes of Karikatte household are welcomed to the field with band, chende, dolu and special outfits on them. Venkata Poojary, president of Byndoor zone Kambala committee brought the buffaloes to the field after completing all rituals. This is being done for the past 37 years.