Bengaluru, Nov 15 (IANS): Karnataka Chief Minister Basavaraj Bommai, who is facing a storm over the sensational charges in the Bitcoin scandal, has got the backing of the BJP high command, sources in the party said.

According to party sources, Union Home Minister Amit Shah has directed party President J.P. Nadda to contain and rein in BJP leaders in Karnataka who are indulging in spreading rumours to create confusion in the political scenario of the state.

Bommai had briefed Amit Shah about two cabinet ministers who are spreading rumours and leaking information to the Congress party leaders on the Bitcoin scandal. Bommai had requested to contain the activities of these ministers who are trying to bring uncertainty to the government. 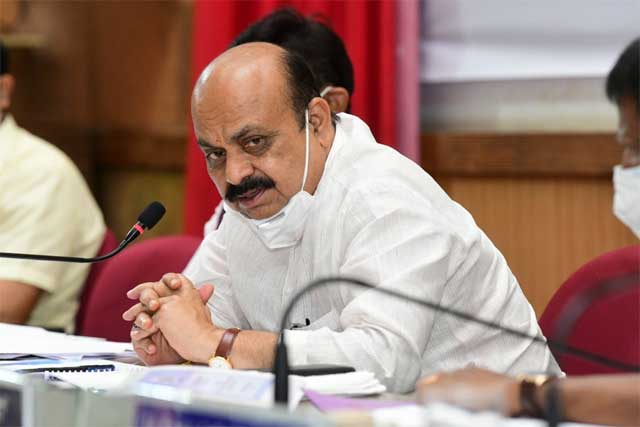 Amit Shah had assured Karnataka Chief Minister that the party will take care of these leaders and see to it that they are tamed and warned. Accordingly, J.P. Nadda has taken the leaders indulging in spreading rumours on the Bitcoin scandal for their political advantage to task and reprimanded them to face the opposition in unity, sources explain.

Bommai is taking on the Congress confidently ever since the BJP high command assured him of their support. The Karnataka Police Department had given point to point rebuttal to the allegations made by Congress general secretary in-charge of Karnataka Spokesperson Randeep Singh Surjewala and state Congress MLA Priyank Kharge.

As per the directions of the high command, the BJP leaders have started issuing rebuttals ridiculing the Congress leaders. BJP MP Pratap Simha chided a Congress leader that his name was 'very feminine'. "You kept the name of the daughter of Late Prime Minister Rajiv Gandhi," he ridiculed.

The police department press note claimed their investigations 'could not be guided by the Twitter handles, but they have to carry out due procedure in accordance with law in connection with the Bitcoin scandal investigations.

However, while the BJP is in damage control mode, Congress leaders are celebrating as they were able to embarrass the ruling BJP in state and raise questions on Prime Minister Narendra Modi at New Delhi.

Sources in the Congress said that the infighting within Karnataka BJP has not been quelled. The BJP leaders, who don't want Bommai to be the face of the party during the next general elections, will continue to come out with documents in connection with the Bitcoin scandal, sources added.