Mangaluru, Oct 26: The trailer of the much-awaited Kannada movie directed by Raj B Shetty ‘Garuda Gamana Vrishabha Vahana’ (GGVV) which released on October 15 has earned over 3 million views. The movie is presented by Paramvah Pictures and under Lighter Buddha Production. 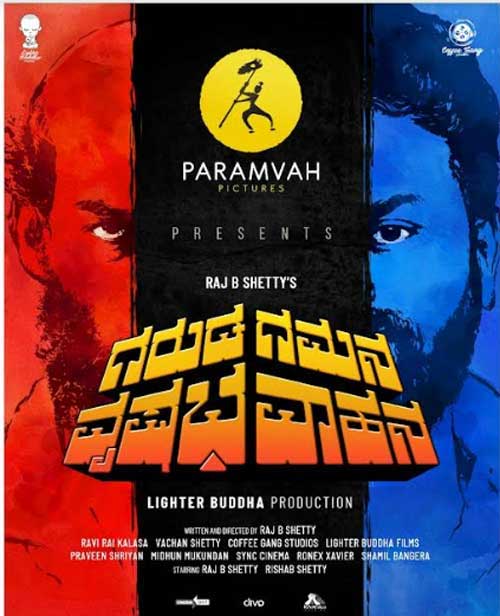 The movie has been shot across Mangaluru in places like Mangaladevi, Yemmekere, Bolar, Kadri and Manjalpade.

The movie is set in the backdrop of the coastal and cultural city of modern day Mangaluru. ‘Garuda Gamana Vrishabha Vahana’ is a tale of two men, Hari and his soulmate Shiva.

GGVV is Raj B Shetty’s second directorial. His first one was the super hit ‘Ondu Motteya Kathe’.