Mumbai, Sep 24 (IANS): Furthering its efforts of progressive climate action, Maharashtra has announced that 43 of its cities and urban clusters would join the global 'Race to Zero' campaign, its Minister for Environment and Climate Aaditya Thackeray announced.

"Joining the 'Race to Zero' campaign is our contribution to the global fight against climate change. We cannot keep emitting carbon. We don't have the luxury of time. Maharashtra will set an example of how subnational governments can act on climate change despite being a massively industrialised state," Thackeray said as he made the announcement at the 'India's Road to COP26' event, part of The Hub Live at 'Climate Week NYC 2021' as part of the Global Citizen Live Campaign on Thursday at New York. 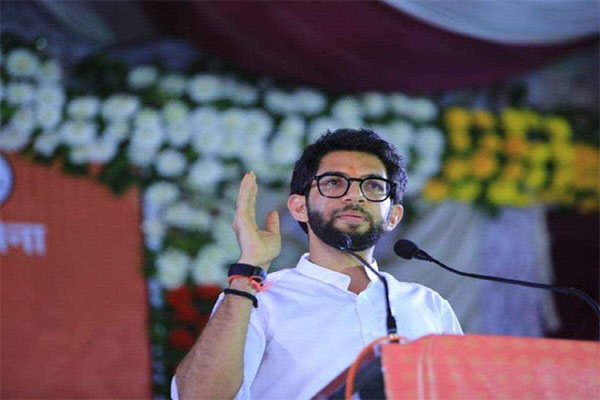 All these 43 cities are already part of the Atal Mission for Rejuvenation and Urban Transformation (AMRUT), a Central government scheme. By joining the 'Race to Zero,' these cities will seek to prevent future climate threats, create jobs, and unlock equitable, sustainable growth.

"These cities must publicly acknowledge and recognise the global climate emergency, keeping climate resilience in line with urban decision making, pledging to reach net zero in the 2040s or sooner. They will also be identifying priority actions over the next decade," a release said here.

With a population of 112 million, Maharashtra is India's second most populated and second most industrialised state. In 2020, 45.23 per cent of the state's population was in urban areas, compared to 28.22 per cent in 1960. With the announcement, the state aims to reduce its rapidly increasing carbon footprint, a majority of which comes from its urban centres, the release said.

Of these, six cities -- Mumbai, Nashik, Aurangabad, Kalyan-Dombivali, Pune, and Nagpur -- had already joined the campaign earlier this year. Maharashtra's Department of Environment will be undertaking a greenhouse gas emission inventory exercise for all the cities and clusters, which account for a floating population of 50 million in the state.

"Within 12 months of joining, the cities will have to explain what actions will be taken toward achieving both interim and longer-term pledges and commit to report publicly both progress against interim and long-term targets, as well as the actions being taken, at least annually," the release said.

Global Citizen's co-Founder & Chief Policy, Impact and Government Affairs Officer, Michael Sheldrick, said, "We know that halting climate change will take immediate action from everyone. That means state and regional governments have a leading role to play in halving global emissions by 2030 and reaching net zero by 2050. Global Citizen congratulates the State of Maharashtra and its 43 cities that are announcing their participation in the 'Race to Zero' as part of Global Citizen Live."

India Executive Director at the Climate Group, Divya Sharma, said at the event: "Far more needs to be done, and that too fast, in light of the starkest warning on climate change. Businesses, investors, governments and people will have to come together to check global temperature rise, keep it within 1.5 degrees, and move to a low carbon economy."

Research Director and Adjunct Associate Professor, Bharti Institute of Public Policy, Indian School of Business and lead author of the Cities chapter in working group 2 of IPCC's 6th Assessment Report, Dr Anjal Prakash, said: "Maharashtra is an urbanising economy and emissions from the cities has been much higher as compared to other parts of India; so if the state is signing up its urban clusters for the Race to Zero campaign, it's a welcome move and others must follow too.

"One of the major impacts of climate change is on businesses because of extreme and freak weather events that disrupt economic activities. This is also important because the cost of inaction for the states is also very high, and Maharashtra has witnessed this in 2021 itself," he said.