The monsoon session of Parliament is beginning on July 19. 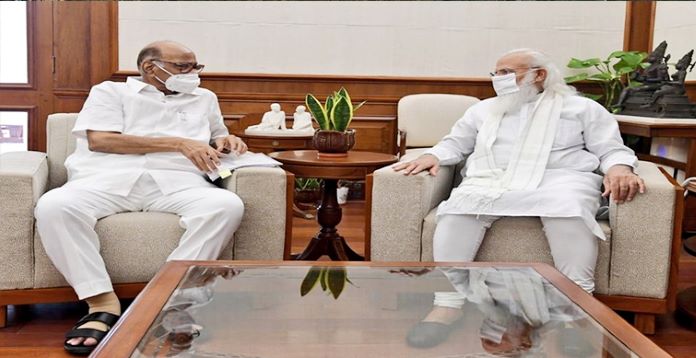 The meeting took pace amid reports over fissures in the Maha Vikas Aghadi (MVA) coalition government in Maharashtra.

On July 13, chief minister Uddhav Thackeray had said that he has always been against the Congress and the NCP politically.

The Congress party and Sharad Pawar's NCP are part of the MVA and allies of Thackeray's Shiv Sena.

"Politically, I have been against Congress and the NCP, but this does not mean that I will call their good work in the government wrong. Neither I nor Balasaheb Thackeray thought this," Uddhav Thackeray said.

Further, it has been observed that Sena has been seen warming up to the BJP - its former alliance partner. Former Maharashtra chief minister Devendra Fadnavis had said that the BJP and Sena are "not enemies", the two parties only have a difference of opinions.