Kottayam (IANS), Jul 12: Baselios Marthoma Paulose II, the supreme head of the Malankara Orthodox Syrian Church of India, passed away on Monday at a private hospital at Thiruvalla in Pathanamthitta district after suffering from post-Covid complications.

He was also suffering from cancer and breathed his last at the hospital of the Church.

The 74-year-old Metropolitan had been heading the Church since 2006 and will be remembered as the one who was instrumental in giving voting rights to women in their home parishes. 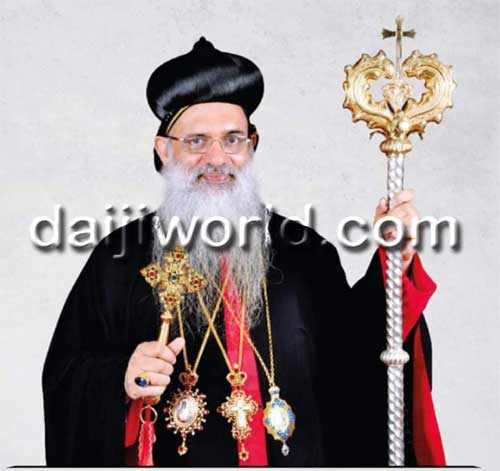 Born in Thrissur, he was K.I. Paul and at the very young age of 36, was ordained as a bishop of the Church.

He also shot into fame when he called on Pope Francis at the Vatican in 2013.

The veteran Metropolitan's closeness with Chief Minister Pinarayi Vijayan surfaced out in the open when he made the statement soon after meeting him in 2016, and said that the 'Church which was like an orphan, has now someone to look forward to'.

The body has been placed for the faithful to pay their last respects at the famed Parumala Church, near Thiruvalla, and will be taken to the Church headquarters on Monday night.

On Tuesday, the funeral service will start in the morning and the body will be interned at the headquarters of the Church at Devalokham in the evening.

Saddened by the passing away of His Holiness Moran Mar Baselios Marthoma Paulos II, the Supreme Head of Indian Orthodox Church. He leaves behind a rich legacy of service and compassion. In this hour of grief, my thoughts are with the members of the Orthodox Church. RIP.