Mangaluru, Feb 14: Tulu film ‘Deyi Baidethi’ based on the story of the mother of Koti and Chennaya who fought valiantly on battle ground and died about five hundred ago, is all set to release on February 15.

The film story is written after two years of study and research. B Bhasker Rao has composed music and Manikanth Kadri has composed the background music. It has cinematography by Ravi Suvarna and Harish Poojary. 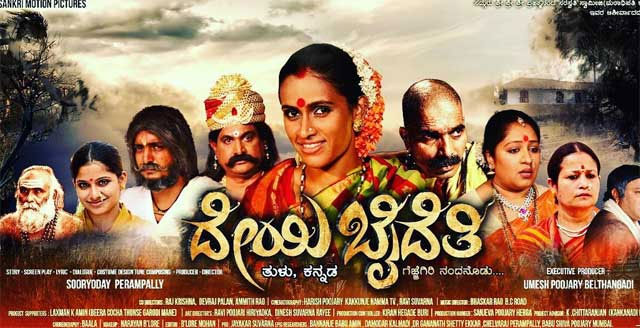 Seeta Kote, Chetan Rai Mani, Saujanya Hegde, Amith Rao and others are in the cast. The censor board has given U certificate to it, said director of the film, Suryoday Perampalli.