Mangaluru, May 22: It has been five years since the fateful air crash of Air India Express flight 812 that killed 158 passengers including 19 children and six crew members at Kenjar here. The flight had overshot the run way and ploughed into the valley adjacent to the airport on the morning of May 22, 2010. 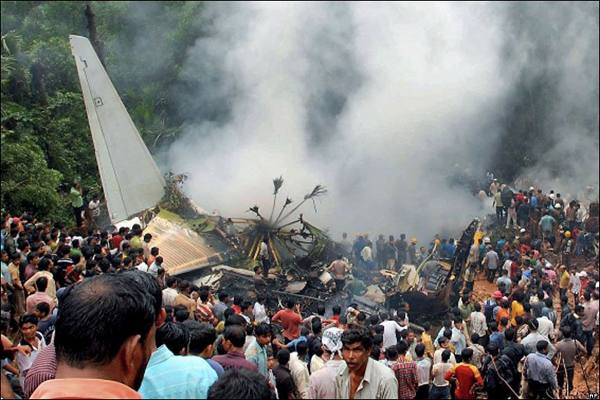 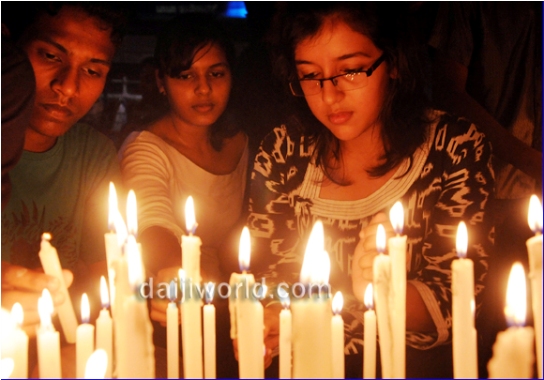 The flight had arrived from Dubai a few minutes after 6 am, and many of the passengers were asleep when they were jolted by the accident. Most had died of burns. Eight had survived this disaster, which the investigators found, had been caused by the height at which the aircraft began its descent, and also the fact that it touched down 2000 feet beyond the usual touch down point. The situation turned complex after the pilot tried to abort landing and take off again at the last minute.

As the crash site belongs to a private individual, building of a memorial there has been found to be impossible. A decision had been taken long back to build a park as a memorial for the air crash victims at Tannirbavi. It may be recalled that a number of mortal remains of the passengers, which could not be identified, had been buried en masse near Tannirbavi beach. The decision to create this park has not materialised so far for various reasons. It is learnt that New Mangalore Port Trust has agreed to bring up this park in one acre plot soon. It was also decided to have the memorial park near Tannirbavi and not at the airport, as the latter location may create negative thoughts in day-to-day travellers.

District deputy commissioner, A B Ibrahim, has said that it has been decided to give the name '22/5' to the park as the disaster had occurred on May 22. The park is proposed to be handed over to the city corporation here for future maintenance. However, as of now, sand trucks have been trampling upon the site marked for this park.

Even after five years of the accident, a number of families of these victims are fighting a legal battle to get fair amount of compensation. They have been arguing that as per Montreal Convention, a minimum amount of Rs 75 lac is payable for each of the victims, as the accident was caused on account of the mistake of the airline's staff. The highest amount of compensation amounting to eight crore rupees was disbursed to a business family from Kasargod as per court orders. However, the state high court had held that Air India was right in deciding on the amount of compensation based on age, occupation, and other such criteria concerning passengers who lost their lives in the accident. The battle has now been extended to the Supreme Court.

The eight survivors have resumed their life after the accident. The air crash was one of the worst in Indian history, and facilities at the airport have improved during the last five years. The 'table top' airport has been growing in size, more and more flights have been operating from here, and it has been moving on the way to increase the length of its runway further, but the plan is plagued by the non-acquisition of required land by the state government as of now.

May 22 happens to be a day which will go down in the history of Mangaluru for the above air crash, which the people want to forget, but cannot. The people of the region once again recollect the untimely and gory deaths of the passengers hailing from the area, and pray that their souls will rest in peace.