Belagavi, Jan 10 (IANS): BJP leaders and Hindu activists have objected to the conversion of a residential house into a mosque in Belagavi district of Karnataka.

The BJP and Hindu activists were alleging that a house in Sarathinagar of Belagavi which comes under the Belagavi Rural Assembly constituency has been turned as 'Fathima Masjid' and handed over to the Wakf Board. 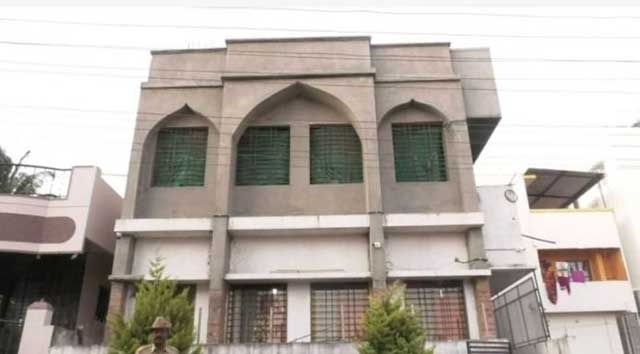 The activists have held a meeting with the local residents in this regard and started a movement to vacate the masjid from the locality under the leadership of former BJP MLA Sanjay Patil.

Patil demanded that the district authorities and the corporation should vacate the mosque that has come up in a residential area illegally.

Locals said that the authorities have turned a blind eye to the development. Even as they are aware of the illegalities, they have been pressured by the Congress MLA of Belagavi Rural constituency Lakshmi Hebbalkar.

They maintained that though complaints have been raised for over one year, no action has been taken.

Sri Ram Sena Founder Pramod Muthalik stated that 'he has no objection to building a mosque according to law. But, he can't agree with the conversion of a residential house into a mosque'. He had given one week deadline for the mosque

Locals said that the original owner had gifted the property to Moulana Abdul Kalam Educational and Charitable Society. Later it was converted into a mosque.

The corporation has issued a notice regarding the building license violation and carrying out religious activities in the property meant for residence. The Muslim leaders maintained that it was a property of the Waqf board.