President of the Mangaluru Advocates' Association Prithviraj, addressing the protesters said that the Supreme Court has informed how a suspect should be arrested and questioned. “But Punjalkatte station police personnel have acted just the opposite to those guidelines. They barged into the house of Kuldeep Shetty all of a sudden at night without issuing any notice, stripped him half naked in front of his family members, pushed him in a car and took him to the police station. The advocate’s association condemns it,” he said. 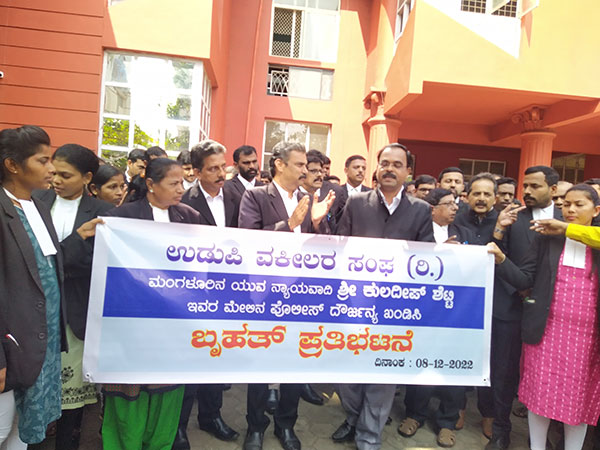 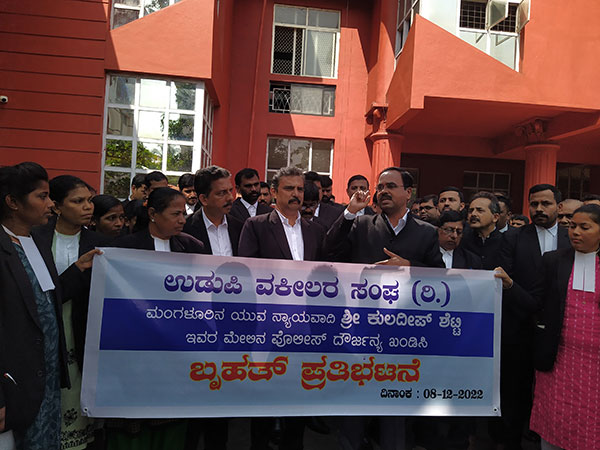 “The magistrate has ordered action against the guilty police personnel immediately. But the police personnel have not been arrested or suspended. There are attempts to violate the orders of the magistrate court. We have planned to approach the high court to continue our legal fight,” he said.

B Nagaraj, president of Udupi Advocates' Association said that it appears that some of the policemen are lacking the knowledge as the violation of law is clearly evident. “Police personnel have the right to arrest the suspect and question him. But those processes should be performed within the legal framework. How far is dragging a person like an animal just because he has committed a fault right. The high court and the Supreme Court have provided guidance to police every time. But incidents like these are occurring ignoring the law. What would be the situation of an ordinary person if the treatment to the lawyer is like this? Suitable action should be taken against the guilty so that mistakes like these may not recur,” he said.

Office bearers of advocates' associations, senior lawyers and others took part in the protests.