Kaup, Dec 8: The court acquitted all accused, members of Bajrang Dal (BD) and Vishwa Hindu Parishad (VHP), with regards to attack on a Christian prayer centre that took place nine years ago in Kattingeri village at Kaup.

In 2013, members of BD and VHP of Shirva, Sooda and Kattingeri vicinity villages, had illegally barged into the prayer center of a Christian group in the night and destroyed all the property inside the center and also assaulted with lethal weapons and threatened with life. Roshan Rajesh Lobo, head of the prayer center had filed a case in this connection with Shirva police station. A charge sheet was filed on 19 people in this case. 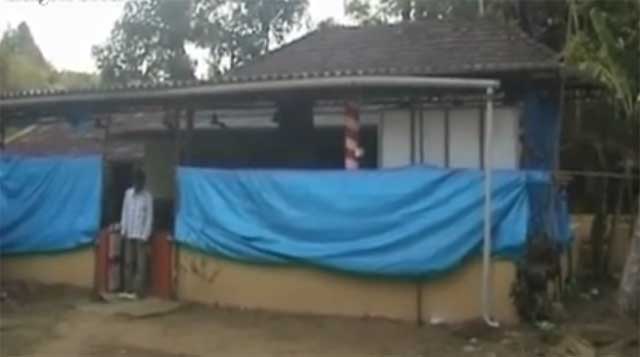 The prayer centre where the attack took place (file photo)

As many as 18 witnesses were inquired in the court of third additional civil judge. Lethal weapons, mobile phones, t-shirts and other 14 items were identified.

After hearing the arguments of both the sides, judge Vinayaka Wankhede pronounced that the witnesses have failed to identify the accusations on the accused and acquitted all the accused.