Bengaluru, Dec 7 (IANS): In a miraculous rescue, the doctors at Fortis Nagarbhavi in Bengaluru successfully helped save the life of an 8-month-old male baby, who had accidentally swallowed a two cm bottle cork while playing, the official release stated on Wednesday.

Dr. Narendranath. A, Consultant, ENT Specialist along with Dr. H.K. Susheen Dutt, Senior Consultant - ENT Specialist removed the cork with the help of laryngoscopy. With the correct diagnosis and timely medical intervention, the baby was saved. 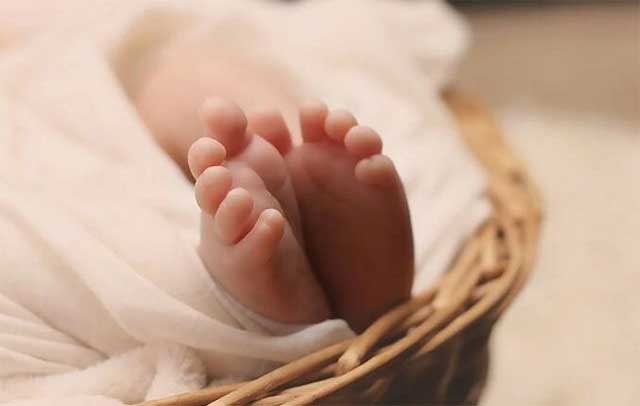 After accidentally swallowing the cork, the infant had gone breathless and had become unresponsive. He was taken to three hospitals one after the other for a week, where the doctors suspected the child had a lower respiratory tract infection and prescribed nebulizer treatments.

However, this did not improve the baby's health, as he developed high fever and was going through severe pain. There was a continuous grunting sound from his throat, and he started feeding less and became less active with each passing day.

It was then that the baby's family brought him to Fortis Nagarbhavi, where the doctors diagnosed the child, and removed the cork. Soon after, the baby was relieved and was discharged the very next day.

Giving details of the case, Dr. Narendranath A, Consultant- ENT Specialist, Fortis Hospital, Nagarbhavi said, "Upon admission, we had noticed that the baby had audible mild grunts while breathing.

After regular examination of the throat, we felt something was not right, so we conducted a 70-degree video laryngoscopy and discovered a large whitish foreign body (rubber cork of bottle cap) in the hypopharynx (lower part of the throat) at laryngeal inlet partially obstructing the airway (windpipe).

The child was immediately shifted to the operation theatre, where the cork was removed successfully. Any delay in the procedure/removal of the cork could have led to upper esophageal complications, chest infection, or a life-threatening complication due to the blocked airway."

Dr. H.K. Susheen Dutt, Senior Consultant - ENT Specialist, Fortis Hospital, Nagarbhavi said, "Great attention should be focused on handling an infant and parents must be vigilant in keeping such items out of the reach of their children. Foreign bodies taken by the oral route can lead to severe morbidity and mortality by entering into the respiratory and gastrointestinal systems.

"Therefore, these cases need to be evaluated urgently. What made the case complicated was the age of the patient. However, timely intervention and adoption of the correct line of treatment resulted in giving a second life to the baby and hope to the family, who had given up on the chances of survival of the baby."