Mumbai (RBI), Nov 26: Maharashtra Governor Bhagat Singh Koshyari accompanied by chief minister Eknath Shinde, deputy chief minister Devendra Fadnavis and other ministers placed wreaths at the Police Martyrs’ Memorial in the premises of the Mumbai Police Commissionerate on the occasion of the 14th anniversary of the martyrdom of police officers and jawans during the terrorist attack on Mumbai on Saturday, November 26.

A police platoon presented the Salami Shastra and played the Bigulars' Last Post even as all dignitaries, police officers and family members of martyrs saluted the police martyrs. 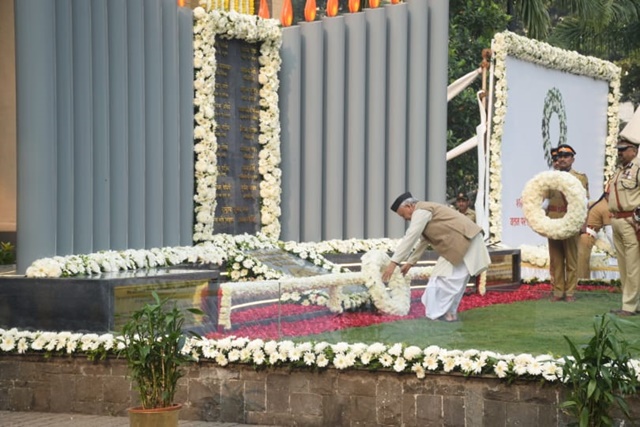 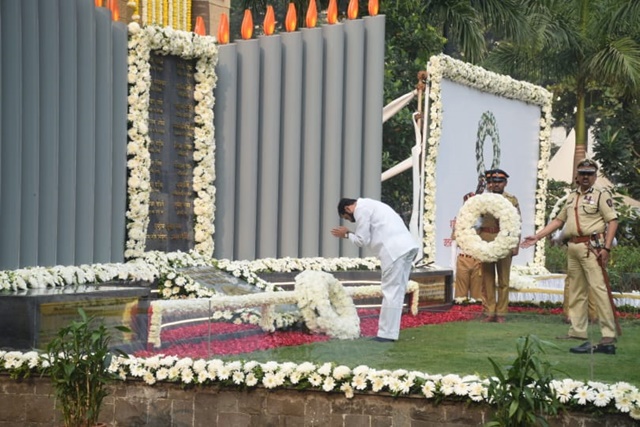 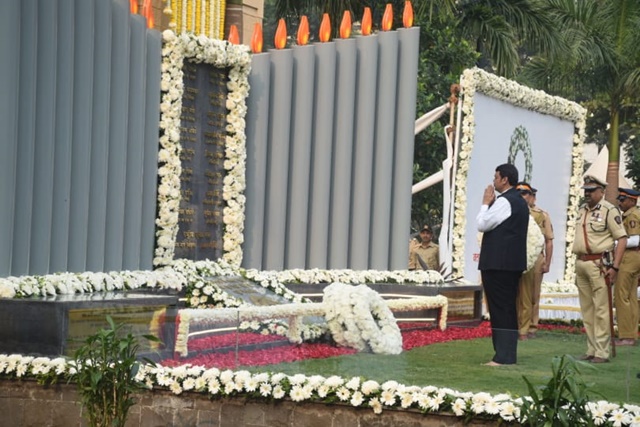 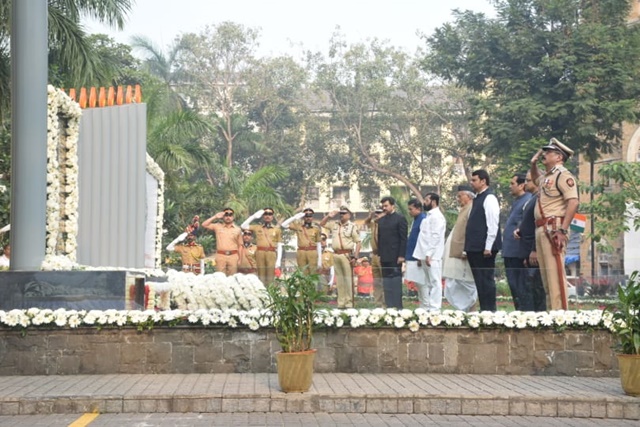 The salutation ceremony was organised by the Mumbai Police to pay tributes to the police offers and jawans who laid down their lives during the terrorist attack 14 years ago.