Deputy Chief Minister Devendra Fadnavis, who also holds the home portfolio, said he had seen the contents which were "very serious", and said the matter needs to be investigated. 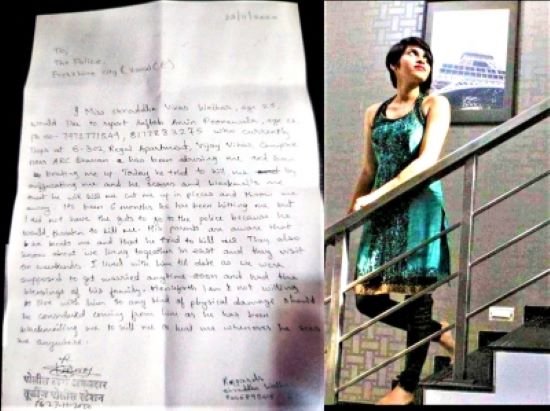 "Without blaming anybody, we need to know the truth... If the police had acted in a timely manner, this (killing of Shraddha by Poonawala) could have been avoided," Fadnavis told mediapersons.

On November 23, 2020, Walkar had submitted a written complaint to the Tulinj Police Station expressing apprehensions from her Aftab and how he threatened to "kill and cut her into pieces".

The letter, which has just surfaced, was duly acknowledged by the local police, who also said that though they had probed the matter, Shraddha later gave another letter withdrawing her previous complaint, signalling an end to the issue.

In her hand-penned plea, she sounded distressed, stating that Aftab was beating her up, blackmailing her and was threatening to murder her and cut her body into pieces.

Nearly two years later now, Shraddha's worst fears proved true with Aftab's arrest on November 12 for her gory killing in Delhi on may 18, chopping her body into many pieces and then disposing them off over several weeks.

In her letter, Shraddha, then 25, mentioned how she and Aftab, then 26, were living together in Vijay Vihar Complex, but he had been abusing and beating her up for six months.

"Today he tried to kill me by suffocating me and he scared and blackmails me that he will kill me cut me up in pieces and throw me away.

"It has been six months he has been beating me. I did not have the guts to go to the police because he would threaten to kill me," she wrote in the letter.

In a shocking revelation, Shraddha said that Aftab's parents "are aware that he beats me and that he tried to kill me".

"They also know about we living together and they visit us on weekends. I lived with him till date as we were supposed to get married anytime soon and had the blessings of his family."

Apparently fed up, she declared that "henceforth, I am not willing to live with him, so any kind of physical damage should be considered coming from him as he has been blackmailing to kill me or hurt me whenever he sees me anywhere".

A police officer had even gone to the rented house in Vasai east, where the young couple resided, to conduct an enquiry but she categorically told them that said she didn't want to pursue the matter, according to local media.

Since she had already given a letter withdrawing her earlier complaint the police said they couldn't force her to pursue the case or even forcibly enter her home.