Udupi, Nov 22: Ivan D’Souza, chief spokesperson, state Congress lashed out at the BJP MLAs of Uttar Kannada and Undivided Dakshina Kannada accusing them of gaining power in the name of deceased Paresh Mestha and now not complying with the B report filed by the CBI.

Speaking at a press conference held in Udupi Press Club on Tuesday, November 22, Ivan D’Souza said, “All the BJP MLAs of Uttara Kannada, Dakshina Kannada and Udupi district had used the death of Paresh Mestha for their political gains. Due to this, the Congress lost all the seats in Udupi district and seven seats in Dakshina Kannada. The political gains from the death of Paresh Mestha was directly amassed by BJP. BJP MP and MLAs including Shobha Karandlaje, Ananthkumar Hegde, D V Sadananda Gowda, Sunil Naik and many others had urged for a CBI enquiry into the matter and had created communal disharmony all over the state by targeting a certain minority community as the murderers of Paresh Mestha. Siddaramaiah was the chief minister at that time.

The BJP and Bajrang Dal had first accused that Paresh Mestha was murdered by five Muslims. This led to communal violence and 67 cases were registered in this regard in which 361 people were booked and a rowdy sheet was opened against 272 people. Siddaramaiah ordered a CBI probe in response to the BJP leaders' agitation. Roopali Nayak, Sunil Naik, Ananthkumar Hegde, Vishweshwar Hegde Kageri, all of them stood left and right of the coffin, and provoked a communal violence. This issue was used for election campaigns as well, and all of them won in the polls. For the past five years, none of the BJP representatives followed up the case." 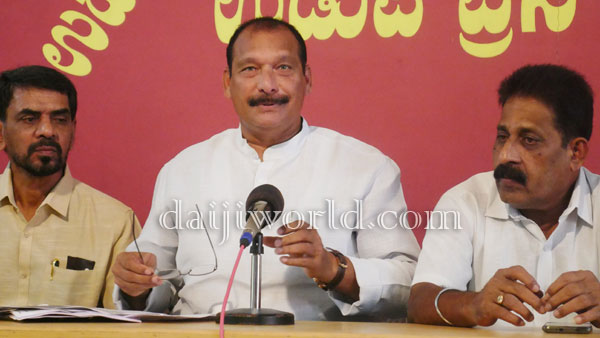 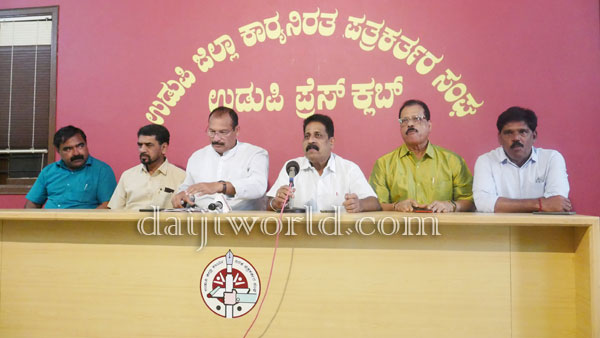 “Now after completing its investigation, CBI has filed its final report stating that this is a natural death and not a murder. It also suggested closing the case against the accused. But now the BJP is accusing the CBI of not conducting a thorough investigation into the matter. As many as 250 witnesses have been examined in this case and 99% of the witnesses were BJP workers. CBI is the maximum autonomous body conducting investigation. But still Kota Srinivas Poojary and others are requesting the chief minister to reopen the case. BJP has started a drama company in this matter. The matter affected Udupi and Dakshina Kannada also. The false information spread about this case was a reason for Congress losing seven seats in Dakshina Kannada and all seats in Udupi. Starting from Udupi’s Raghupathi Bhat to S Angara of Sullia, all are beneficiaries of Paresh Mestha's death. If you have shame, confess before the people. BJP is doing the politics of death every time. When a Hindu is killed by another Hindu, BJP keeps its mouth shut” he said.

“When Praveen Nettaru was killed, you people went to his house, distributed the compensation, laid foundation stone for his home. I appreciate this and all of that you did for Harsha’s family in Shivamogga. But my question is what you have done for Paresh Mestha’s family? Because you won the election and it’s done you didn't bother about Mestha's family. Now elections are on the way and you want to grab publicity, I will not be surprised if BJP takes back the jobs given to the deceased's family members after the elections, Ivan said.

“To enlighten the general public about the lies spread by BJP with regard to Paresh Mestha case, Congress has decided to organize a 'Janajagruthi Samavesha' in Kumta on Thursday, November 24. Congress' state in-charge Randeep Surjewala, opposition leader Siddaramaiah, KPCC president D K Shivakumar and other leaders will be participating in the rally” Ivan added.