Mangaluru: Stakeholders at MIA combine to return iPhone to pax within a day

Mangaluru, Oct 8: Passengers tend to leave behind their valuables during air travel. Coming to the aid of one such passenger who left behind her iPhone on a cab ride out of Mangaluru International Airport on October 7 was the parking and security team of the airport. Their coordination coupled with honesty of the cab driver meant, who promptly handed in the phone meant that the passenger had the phone back in her hand in less than a day. 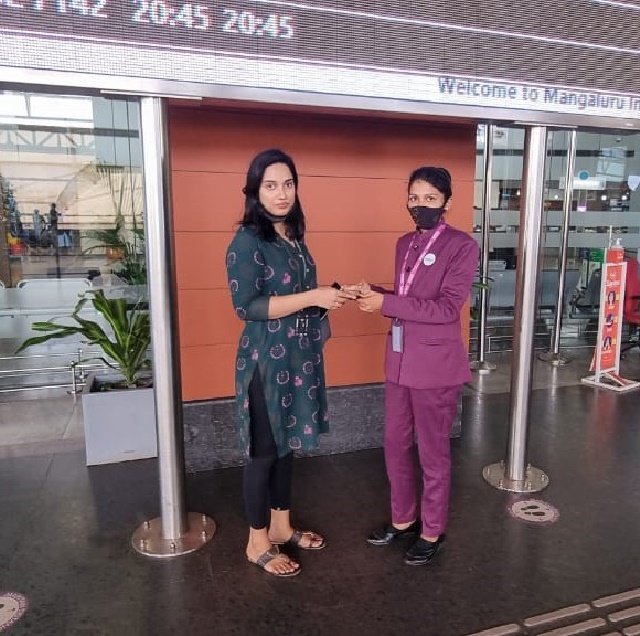 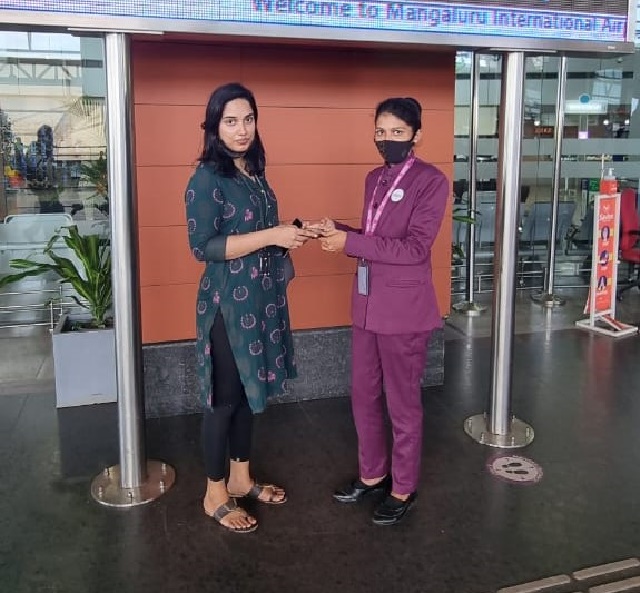 Imthiyaz, the cab driver dropped the passenger Jinsha to her medical college hostel in the city late on Friday. He found the iPhone, which had run out of charge, while cleaning the car at the airport parking lot early on October 8. Imthiyaz immediately informed the parking supervisor, who in coordination with the airport security staff ensured that he handed in the phone to the airport terminal manager’s office.

Jinsha during the day received a reassuring message that the cab driver had found her phone in the car and had handed it over to the airport terminal manager’s office. She came to the airport later and collected the phone after completing the simple lost and found formalities that is followed in such cases. The joy of handing back Jinsha her phone and the memories connected with it, made the day for all concerned.

The airport with its various stakeholders continually strives to ensure that the passengers experience such sublime moments. Housekeeping staff handing in precious yellow metal bangle, precious watch, retrieving toys of children that accidentally drifts to the ceiling inside the terminal are few such instances in recent past. Imthiyaz has joined this list of stakeholders who ensure that passengers such as Jinsha cherish their journey.

Title: Mangaluru: Stakeholders at MIA combine to return iPhone to pax within a day