Udupi, Sep 28: Shivappa Naika who faked meeting a watery grave in an accident by leaving behind his bike and slippers on Malpe Padukare bridge was traced alive in Davanagere on Monday, September 26.

Shivappa Naika misled the police in a clear case of adultery into believing that he had drowned in the water and had faked the act. It is also believed that he had also gone missing after faking an accident. However, the police traced him and brought him to Malpe station on Monday. 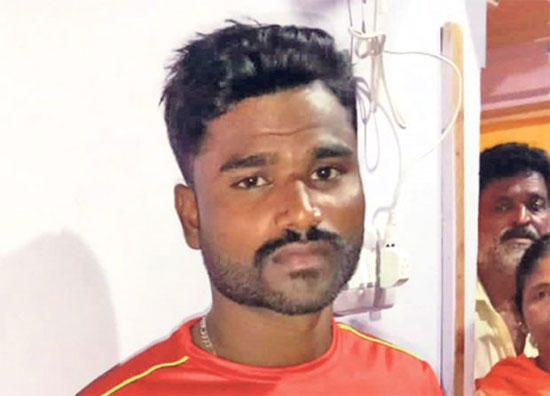 Six months ago, Naika had loved Asha of Utkati in Davanagere and had married her. They were living in a rented house in Malpe near the waters. He was working as a fish carrier in Malpe port. Meanwhile, he had developed contact with Kamali, who hailed from Harappanahalli and had fought with his wife over this matter. Kamali was also working in the fisheries port.

On September 23, Naika’s bike and slippers were found on the bridge and a missing complaint was filed.

The police, who suspected that he had drowned in the water, requested Eshwar Malpe, a life guard, to don the Scuba diver's gear and search for Shivappa Nayak. But his body was not found even after one hour of rigorous search.

Suspecting a foul play, the police switched on his mobile and found that he had drawn Rs 24,000 from a bank in Kunjebetta in a message. Police suspected that he was alive and got wind about his whereabouts with the help of his relatives.

On interrogation, Shivappa said he had faked the episode and projected the incident to be an accident. He had left behind his mobile phone handset. Subsequently, he had checked into a lodge in the night and travelled to his village where he stayed in a relative's house. Police sent Shivappa Naika after advising him to lead a happy family life with his wife.