Harish Bangera, who was working in Saudi Arabia, had been arrested late last year for posting blasphemous content on Facebook. He is yet to be released by the Saudi authorities. However, now with the fresh arrests indicating that he did not upload the content, his family hopes that Bangera may soon be released.

Addressing the reporters Vishnuvardhan said, "Abdul Huyez and Abdul Thuyez, brothers from Moodbidri allegedly created a fake account on Facebook in the name of Harish Bangera and posted inappropriate content, for which Harish Bangera was arrested by Saudi Arabia police," he said. 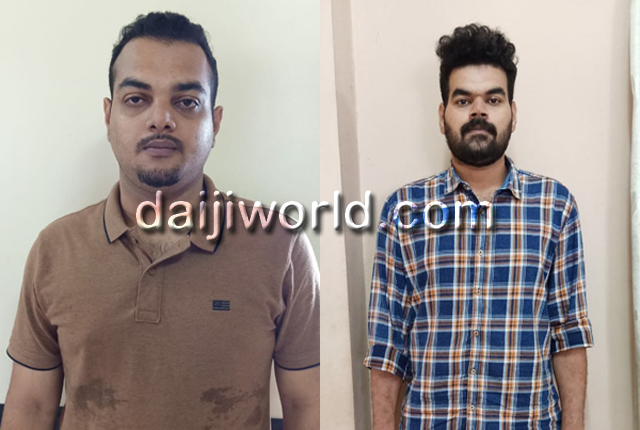 Both the culprits have been arrested by the Udupi police. A detailed case report has also been submitted to the police department. A chargesheet against the accused that was prepared about 10 days ago will be translated and submitted to the Saudi authorities through the ministry of external affairs and the Indian embassy in Saudi. "I am personally following the progress in the case. Soon Harish Bangera will be released from Saudi Arabia prison," he added.

Harish Bangera was arrested by Saudi Arabia police for allegedly sharing a blasphemous Facebook post on Mecca in December last year. He was employed as a technician in Saudi Arabia. Harish's employers too reportedly took action and terminated him from the job with immediate effect after the post went viral. However, claiming innocence and alleging conspiracy, Harish’s wife had submitted a complaint to Udupi cyber police station.

The police located the accused Huyez by tracing the phone that was used to create the fake Facebook account. The phone belonged to Thuyez and the fake account was created on December 19, 2019, and two days later, on December 21, the blasphemous post was uploaded by Huyez in Bangera's name. Soon after, Bangera was taken into custody by the Saudi police, and since then he has been languishing in the prison.