New Jersey, Sep 12: A celebration 10 years in the making took place on September 7 as the Mangalorean Catholic Association of the East Coast (MCA-EC) celebrated their Monthi Fest and decennial event at the Ukrainian Cultural Center in Somerset, NJ. The weather was aptly pleasant for the joyous celebration, sunny and calm. It was the perfect day for members from all over the American East Coast to make their drives up and down the coast to the venue. They were joined by guests from around the world, including Chicago, Canada, the United Kingdom, the United Arab Emirates, and India. In total, nearly 500 people were in attendance for this event. 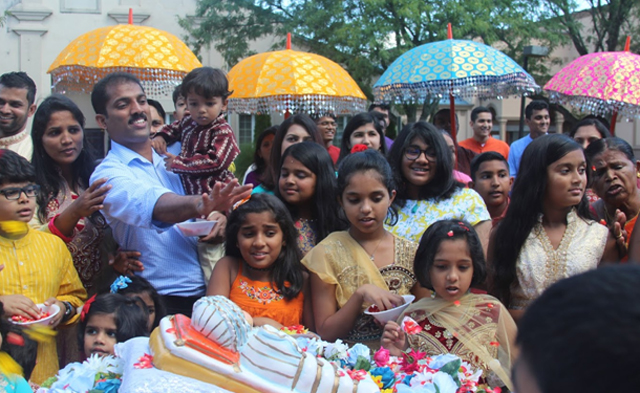 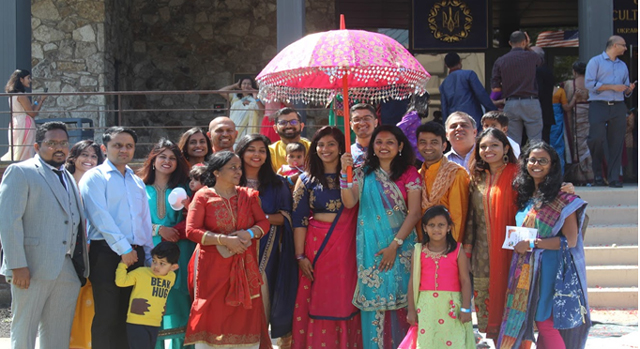 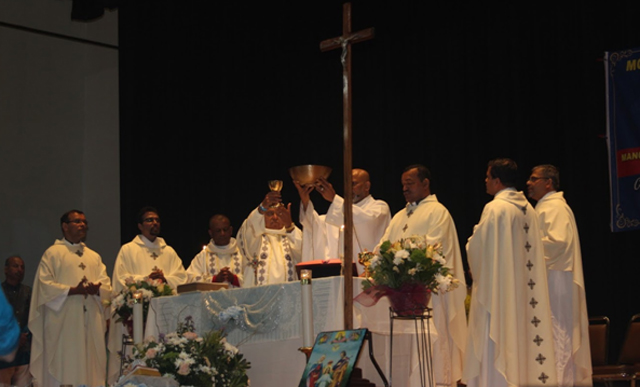 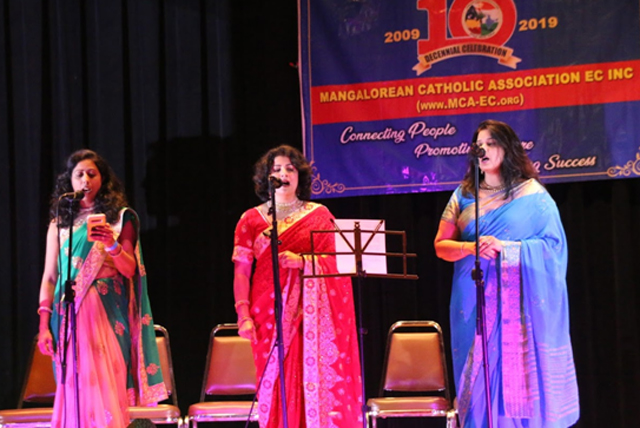 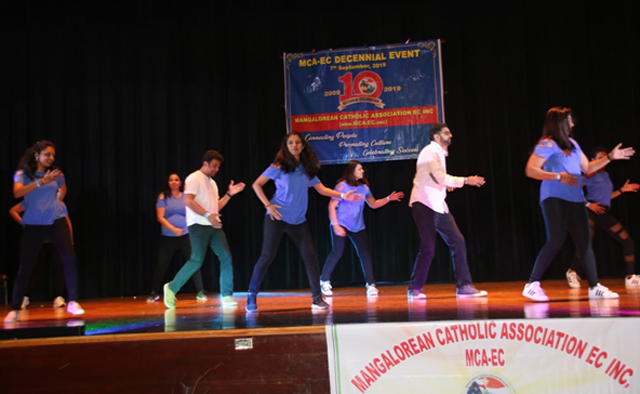 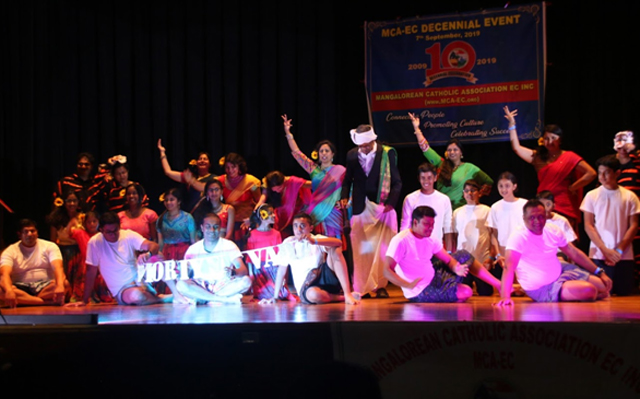 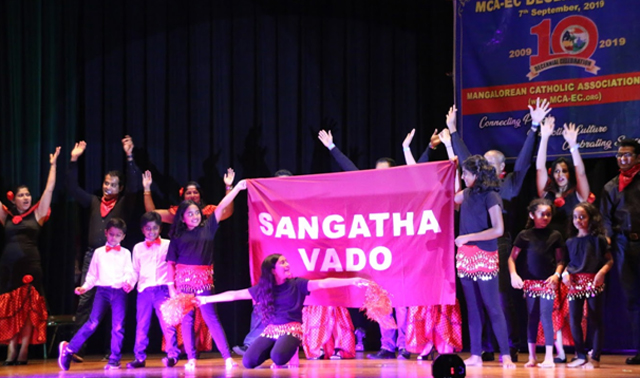 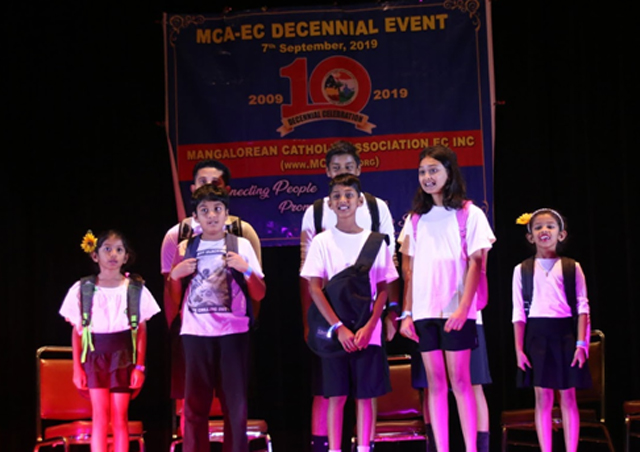 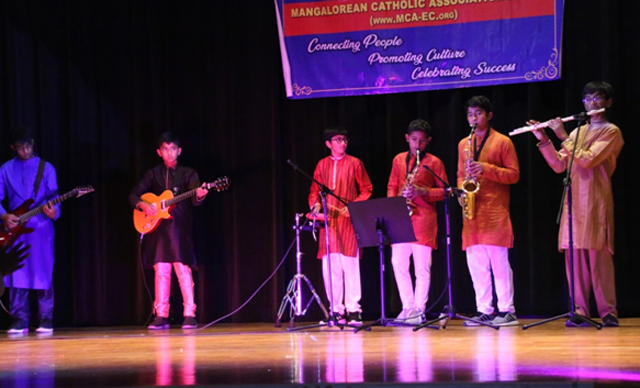 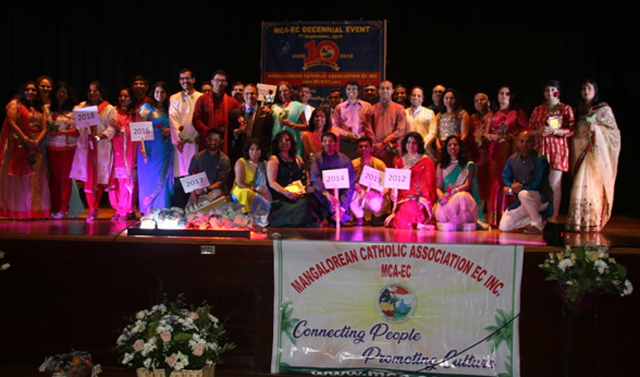 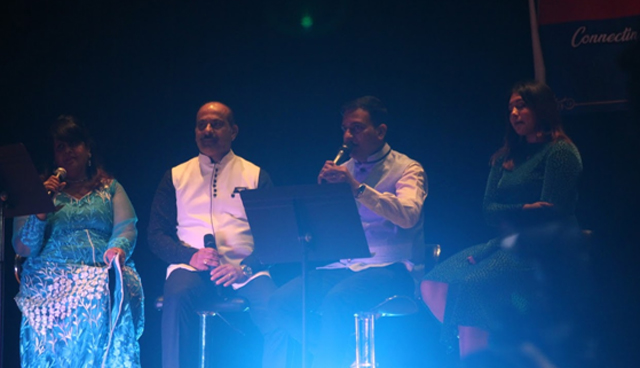 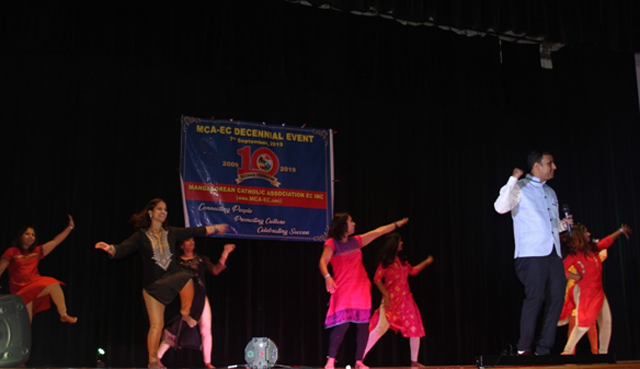 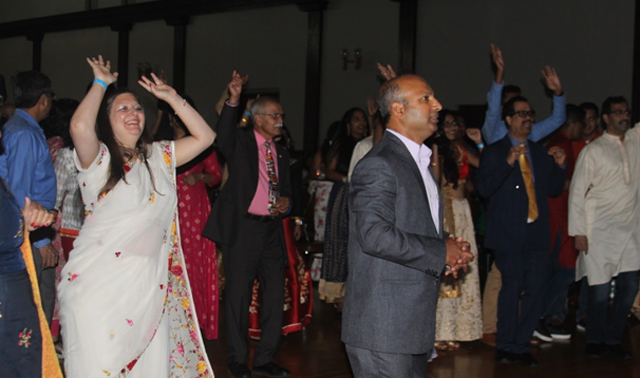 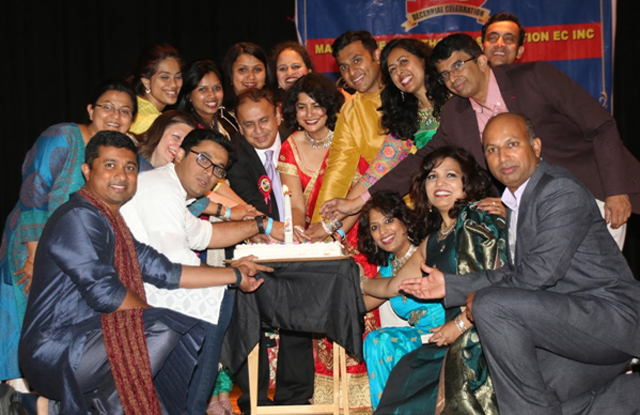 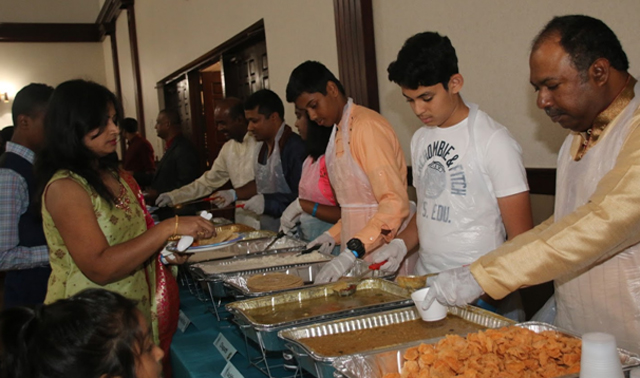 The event started with an exultant introduction by co-founder Mark Mendonca, leading into the Monthi Festh Mass honoring the birth of our Mother. Mass was celebrated by Fr Ron Machado (Spiritual Director of MCA-EC), Fr Augustine Claude, Fr Norbert D’Souza, Fr Richard D’Souza, Fr Vinod Fernandez, Fr Robert Lasrado, and Fr Wency Rodriguez. They were assisted by deacon Francis D’Mello and deacon Glen Mendonca. Vijai Furtado coordinated a beautiful medley of voices in the choir. Following the Mass, flowers were offered to Baby Mary outside the venue. This was a splendid display of colors. Everyone then partook in the novem from Mangaluru, shared among all with milk.

The flower offering led into a scrumptious vegetarian lunch catered by Hoysala. The traditional Mangalurean fare included sandigge, rice, peas and potato bhaji, jackfruit curry, and an especially delicious pineapple gojju. This was accompanied by delicious buttermilk. Dessert was a payasam that was highly in-demand.

Thereafter, the event was kicked off by the lively emcee Ken Monteiro, setting the stage for what was to come throughout the day. The MCA-EC Anthem, composed by Vijai Furtado, debuted live for the audience, sung by Bernie D’Souza, Vanitha Furtado, and Event Chair Merlin Mendonca. The Amazing Journey video, compiled by Mark Mendonca, showcased the growth and works of MCA-EC over the past 10 years. President Clayton Monis offered remarks regarding his journey with MCA-EC and thanking the many members involved in bringing the organization to its current state.

This year’s MCA-EC YouTube competition winners then took to the stage to showcase their award-winning songs and dances:

This led into the much-awaited cultural programme, the yearly opportunity for MCA-EC members to showcase their skills on the stage. The eight Vados of MCA-EC put on spectacular displays of singing, dancing, skits, and instrumentation for all in attendance. The crowd was mesmerized by the different acts that the vados had put together, involving all ages from the talented toddlers to splendid seniors. Additionally, the kids of MCA-EC participating in Konkani classes put on an excellent skit to showcase their learning.

Tea and Mangalurean bonda were served thereafter, accompanied by banana chips, chakli, and other Mangalurean snacks donated by Babco food. Meanwhile, Fatima Vado wowed the audience with the brilliance of their orchestral baila. Ivan Fernandes of KE Global led a breakout session to explain the mission and vision of his organization as he shared his plans to open a US chapter. The media presence from B4U and TV Asia interviewed the event’s coordinators and attendees to spread the word about MCA-EC.

Dignitaries from around the world graced this grand event with their presence. Dr Austin Prabhu D’Souza, Mangalurean philanthropist from Chicago was first presented with an award in recognition of his contributions to the Mangalurean and American communities he inhabits. Mr. Ivan Fernandes, founder of KE Global, was honored for his work promoting entrepreneurship among the Mangalurean community globally. Walter Nandalike, creator of Daijiworld, was recognized for contributions to Konkani news media, though he was not able to attend in person. He graciously offered his services and the Daijiworld as a media partner for the event. Additionally, the many people who made the MCA-EC successful over the years, including its founding members and past executive boards, were recognized for their work.

The exceptional Sangeeth Raath took place thereafter, with emcee Vanitha Furtado introducing famed Konkani singer Kevin Misquith as he took the American stage for the very first time. He opened with a song specially composed for the occasion. He was joined by Vanessa Saldana, who took the stage with her Konkani hit Chalath Raav. Thereafter, Norbert and Nancy Pereira took the floor, performing such hits as Cinderella. Small skits by members of the MCA-EC community intermingled betwixt the voices of the star singers. The singers put on an amazingly orchestrated tribute session, as the four performers covered some Konkani hits from generations past. The crowd took to the floor, singing and dancing. Kevin Misquith kept the momentum going as he closed out the night with some baila and dance hits.

After Fr Ron said grace and event chair Merlin Mendonca presented her vote of thanks, Hoysala served a scrumptious dinner, consisting of rice, pulav, idli, chapati, chicken curry, pork chilli, and assorted vegetables. This was accompanied by a dessert of gajar halwa and the MCA-EC’s 10th year celebration cake. As dinner wrapped up, DJ Azi rocked the rest of the night away with Konkani, Hindi, and English hits. He kept the crowd on their feet and on the floor, digesting their dinner and desserts.