Mangaluru, Jul 18: Kavoor police on Thursday, July 18, registered two FIRs against two parties in connection to the video of a man engaged in bestiality in coastal Karnataka, which has become viral on social media.

The first case was for assaulting and making video viral which was registered against three accused namely Abhi, Sushanth and Prajwal. The trio has been arrested.

The second case was against Mohammed Ansari under 377 IPC. 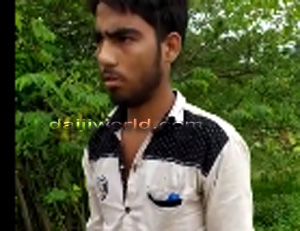 The three-part video became viral which shows the alleged accused Ansari, having unnatural sex with a cow and also some other three people interrogating him at the spot.

Mangaluru, Jul 18: A disturbing video of a man engaged in bestiality in coastal Karnataka, is currently doing rounds on social media.

Based on the video evidence, the local animal activists allege that the man was having sex with a calf. While the identities of the men who shot the video or the place and the day the video was shot are yet to be ascertained, the man who allegedly committed the crime is seen confessing on video that his name is Mohammed Ansari and he hails from Jharkhand.

The three part video shows the alleged accused Ansari, having unnatural sex with the cow. The next part, the men with the mobile camera switched on, reach the spot where Ansari is indulging in the act. The last part shows them interrogating Ansari in Hindi, while the two converse among themselves in Tulu.

The person interrogating, pulls out a bottle of oil from Ansari’s shirt pocket to prove that he is using it for the act. The video then zooms into Ansari’s shirt which shows cow dung stuck on it.

The men then hurl expletives. “We worship cow like our mother and you are having sex with it,” one person is heard saying.

The men then hit Ansari, who starts to cry. “Will murder you if you start crying now,” one of the person shooting the video is heard saying. They also ask how many times he comes to the area to commit the act, to which he replies it’s the first time. “Do you do the same with your sisters?” one of the interrogators questiones Ansari.

The men then tell Ansari to hold the cow’s feet and ask for forgiveness. However, when the man approaches the calf, the animal freaks out and starts running. “It’s running as its scared of you. After the disgusting act you have done. Look at the poor animal running. It thinks you are coming again for the same thing,” the interrogator is heard saying.

They then tell Ansari that they will make the video viral.

Animal activist Tauseef Ahmed has submitted a plea to the Kavoor Police station under the Sec 376(punishment for rape), Sec 377(sexual activities against the order of nature) and PCA Act.

Tauseef approached the Kavoor station as one of his sources told the location is Kunjathbail in Mangaluru. However, the police said that the complaint will be filed after the exact location where the crime took place is ascertained.

Tauseef in a Facebook post has asked people to give leads regarding the accused or the location of the crime.

“It's heart-breaking and painful to see such things even happening, I wonder how do people even do it. Please don't take such incidents lightly, it’s a helpless animal today, tomorrow it might be your kids and family, please remember that. People like these should never be spared,” Tauseef wrote in his post.