Udupi, Jan 3: A delegation met the central home minister Rajnath Singh and sought his help and cooperation in tracing the missing 'Suvarna Tribhuja' boat, which had gone into the deep sea along with seven crew from Malpe fishing port on December 13. 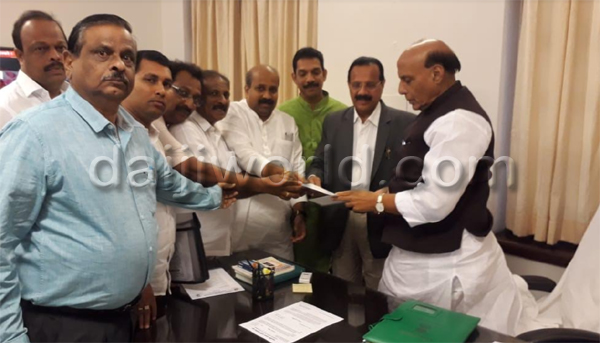 Rajanath Singh, who responded to the appeal of the delegation instructed the defence secretary to conduct an investigation from all angles by the central government itself and trace the missing boat and fishermen. Rajnath Singh also assured the team that search operation will be carried out in borders of Maharashtra, Goa and Gujarat including sea area and also in other areas where there is suspicion of finding the missing boat.