No matter how many times the polls, these centenarians are ever ready to vote

Mangaluru, May 12: Age is just a matter of number for these centenarians, as each one of them holds their right to vote very dear. As these polling veterans try to franchise their ballot another time, Storyinfinity tries to catch-up with them to know their interest in polls.

At 103 years, CSR Michael D’Souza says that he does not remember an occasion, wherein he did not report for voting. Since the very first assembly elections, he has cast his vote he says."The only difference is that earlier it was a big box, they wanted us to dip the ballot paper in it and now they are insisting us to press button to vote. Nevertheless, I make it a point to vote every-time, but so far I have never told anyone whom I voted for," he adds in a jest coming out of Lady Hill polling booth in Mangaluru.

The oldest person to vote in state is believed to be 111-year-old Sri Shivakumara Swamiji of famous Siddaganga Math at Tumakuru. The seer born in 1907 has not missed voting in any election till date. He set an example again on May 12 by voting at 7 am as soon as the polling booth opened. 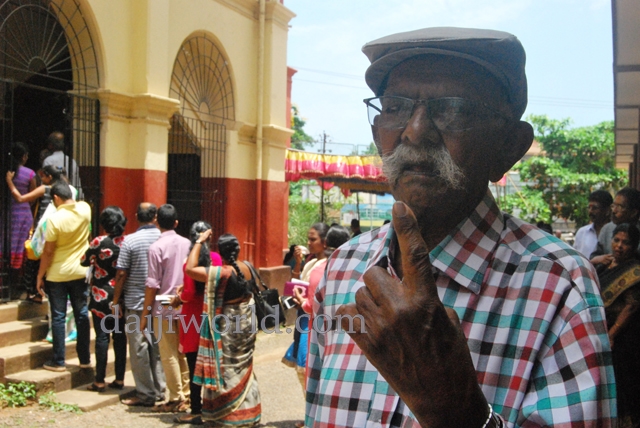 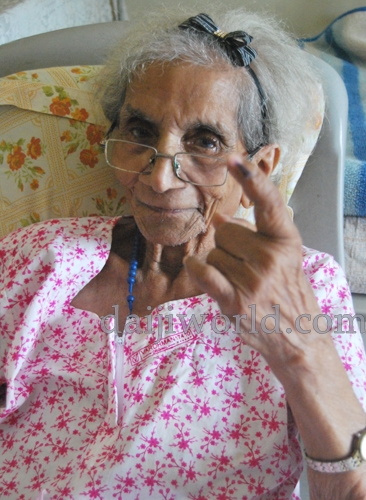 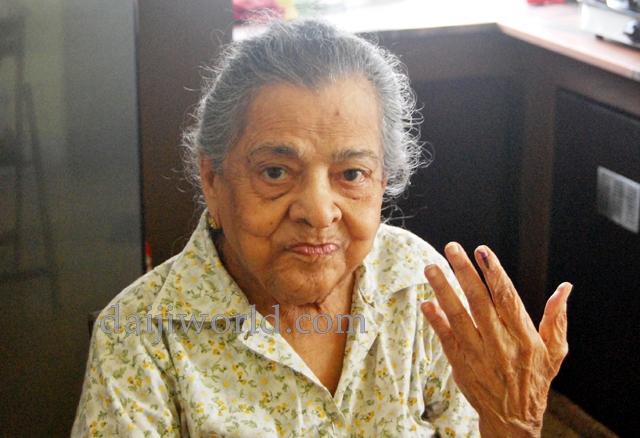 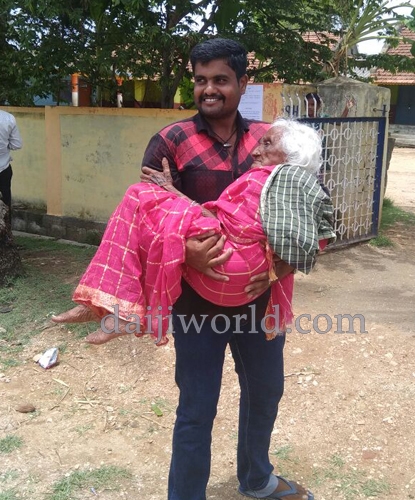 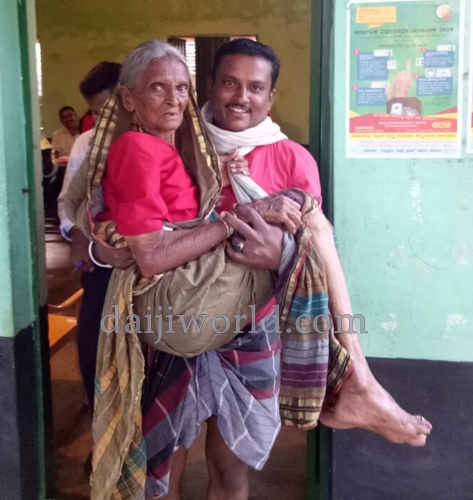 To select a legislator from Arakalagud constituency, 110-year old Akkayyamma from Konanur village in Arakalagud taluk, Hassan was carried to the polling booth by a relative.

At Chamarajanagar District, 102-year-old Basamanni turned up for voting at a polling booth at Umttur village. Although the veteran voter did not speak much, she did not mind the media attention that surrounded her and gleefully sported a smile for them on request. Although, Basamanni can’t walk up straight, it did not deter her from appearing at the polling station. “We need to have a good leader and only then the country will progress,” she said.

At Mangaluru South, 102-year-old Ivy Mathias was an early riser. She was one of the first to cast her vote at the St Mary’s School booth, Falnir at around 7 am. "You guys are late, she has already cast her vote," a relative of Ivy said when this reporter reached their home. Although at home, Ivy did not mind a picture being taken of her showing off the indelible ink on the ballot finger.

Another Gladys D’Souza, turned 100 years young this year. Gladys is said to have voted for the very first time in Karnataka. Having lived in metro cities like Calcutta and Mumbai, it was in 2008 that Gladys moved to Mangaluru. She is a resident of a senior citizens home at Pandeshwar. "Last election she did not have the voter ID card, this year we were able to get her paper-work intact to procure election ID. The polling officials at the station guided Gladys on the process to vote. She seemed happy", sister Cynthia of Nympha Sadan senior citizens home said.

In another case, 105-year-old Boramma of M K Hosur village in Hassan was carried to the voting booth by her grandson Satish.

While according to 2011 census, there are an estimated 53.84 lakh senior citizens; at the run-up to the 2018 polls only 3.5 lakh senior citizens voters (including those with physical disability) had approached the Election Commission asking for special needs at the polls.

Meanwhile, chest up and chin high, CSR Michael D’Souza simply signals this reporter to follow-him, as he walks past the security personnel, by-standing voters and greeting polling official. "Everyone knows me, I have come here many times," he makes a subtle boastful claim, while cracking into a smile. While others wait for their turn, Michael spends less than five-minutes at the polling booth, casts his vote. After a little confusion over the exit door, he comes-out and poses for a picture once again.

Title: No matter how many times the polls, these centenarians are ever ready to vote