Udupi, Feb 28: People from the district who were expecting to get some sort of relief in the form of permission to extract sand in the district have come across a huge hurdle in the form of orders passed by Chennai bench of National Green Tribunal. The tribunal has said in its order that sand extraction in the name of clearing sand dunes in coastal regulatory zone (CRZ) is not allowed.

Udaya Suvarna from Baikady had filed complaint in the green bench at Chennai, about the problems faced by the environment and local people from the sand mining activity going on at Kukkude in Baikady, which falls under CRZ. Some other complaints were also received by the bench about sand extraction. The bench passed the said order after considering all these applications. 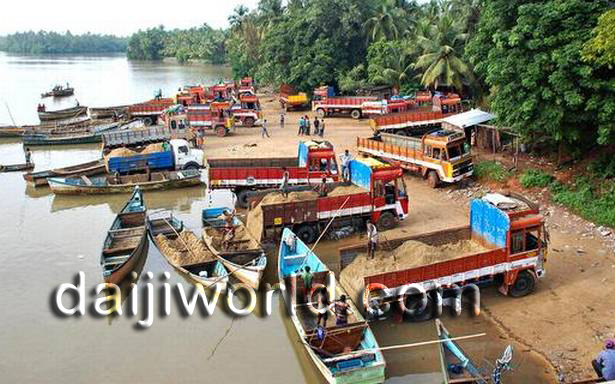 The bench held that conducting sand extraction in the name of clearing sand dunes is not right. It held that the very process of identifying sand dunes was conducted wrongly. It noted that local people who are backed by rich experience in the field were not considered when forming committees. Therefore, the bench held that the report prepared by the committee cannot be considered as official.

"Before conducting spot inspection and identifying the sand dunes, all records were handed over to Prof Mayya, retired professor of National Institute of Technology (Karnataka), Suratkal. It was was improper on the part of the administration to do so before identifying the spots. If there are huge sand deposits which create problems for fishing boats, then only they can be removed. The district has not conducted the work of formation of the seven-member committee for identifying spots for sand clearance properly," the green bench observed in its order. This information was provided by advocate for petitioners, Ranjan Shetty from Bengaluru.