Kundapur: 'I am Savarkar, we too are Savarkar' human chain campaign held

Kundapur, Aug 18: “Present day politicians obtain luxurious facilities even if they are jailed but Savarkar fought for the freedom of the country and experienced harsh punishment in jail. He has spent several years of his life in prison. We will not remain quiet if such a freedom fighter is insulted,” warned Hindu Yuva Vahini head Abhijith Karkunje.

He was speaking after participating in the ‘Nanoo Savarkar, Navoo Savarkar’ human chain held at Kundapur Shastri circle on Thursday, August 18 under the leadership of Hindu Jagarana Vedike youth wing and Hindu Yuva Vahini Kundapur, condemning the "insult" to Savarkar.

“Savarkar has sacrificed his life for the country. Therefore, insult to him is condemnable,” he said. 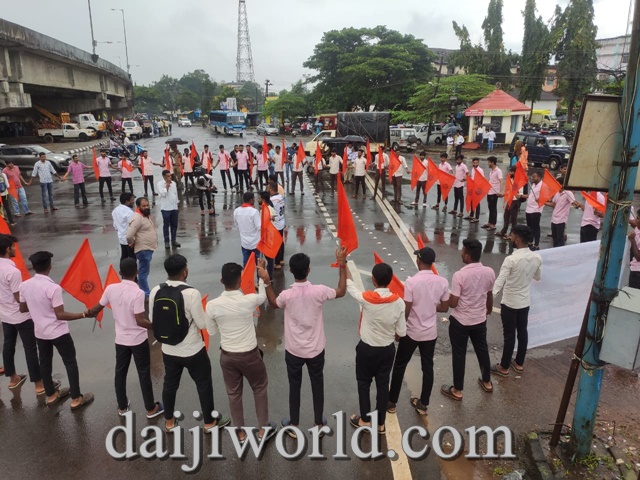 Title: Kundapur: 'I am Savarkar, we too are Savarkar' human chain campaign held