Bengaluru, Aug 16: Alliance School of Law, Alliance University in collaboration with the office of Career Advancement and Networking (CAN) organised a legal conclave, 'VIVECHANA' - Technology and Law on August 13 at the Lalit Ashok.

The conclave was graced by techno-legal professionals, advocates, academicians, and legal experts from different companies. The objective of the conclave was to provide a platform of discourse for the members of academia and industry and to encourage legal minds to discuss recent issues and the developments in the inter-connects between technology and law. 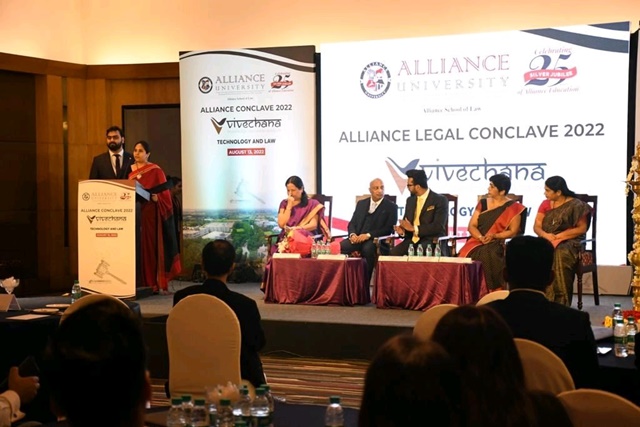 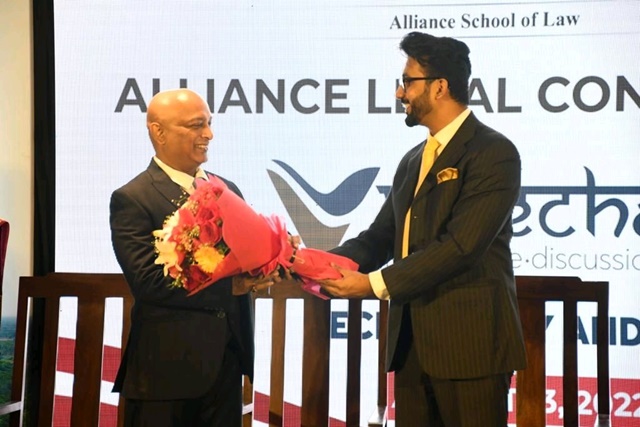 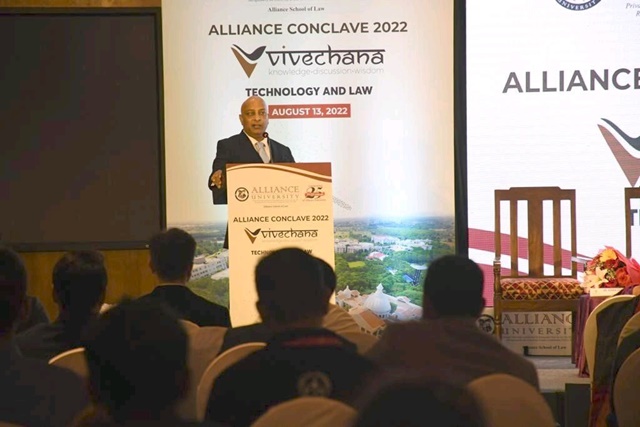 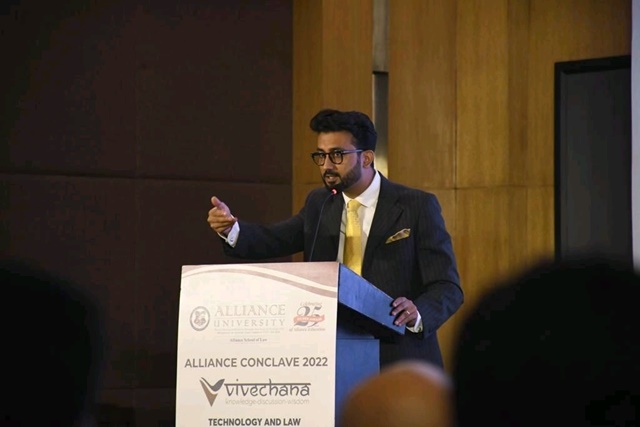 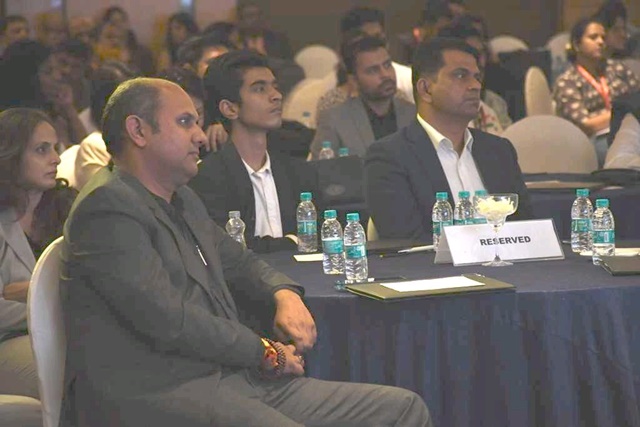 The event started with the lighting of the lamp, and the gathering was addressed with a welcome note by Dr Kiran Dennis Gardner, dean, Alliance School of Law. Later, Abhay G Chebbi, pro-chancellor, Alliance University, in his speech, expressed his gratitude to all the legal experts and industry professionals for their attendance and participation in the Alliance Legal Conclave. He addressed the gathering and highlighted the fact that law and technology have an intertwining nexus, and both have a very remarkable role to play in the modern times in the legal context.

The conclave had the keynote speech delivered by Dr Prashant Mali, practicing lawyer, author and tv personality. Dr Mali highlighted the struggles of the Judiciary in interpreting technology and fitting the interpretation of the same within the law. Sharing several anecdotes from his illustrious career, he spoke about an array of issues, such as stagnation of IT laws, enforceability issues in technology law, data privacy concerns etc. Considering the transformation in the various approaches of law, and people towards technology in the current age, he spoke about the importance of having clear on-point laws in the area of law and technology, which he believes would eradicate most of the existing data privacy and security concerns.

The first panel discussion of the Conclave on ‘Emerging Technology and Regulatory Challenges’ had Arun Prabhu, partner, Cyril Amarchand Mangaldas, Thaj Mathew, general counsel (Global) India, Europe, LATAM at Honeywell Technology Solutions and Ashish Chandra, general counsel, CoinSwitch Kuber as panellists. Dr V Shyam Kishore, associate dean, Alliance School of Law moderated the discussion. Ashish Chandra presented an interesting case for Cryptocurrency and drew an analysis of the world that Crypto had, has and would have in the days to come. Thaj Mathew introduced the crowd to the AI-driven world through the easiest of examples around, and as a pioneer of the tech field, spoke about the liability issues that arrive along with technological advancements. Arun Prabhu spoke about the journey that the Indian IT laws have embarked upon.

Jaideep Reddy highlighted on the employment opportunities created by the Fintech sector and the regulatory framework governing the industry. Venturing into the example of lending apps, he emphasised on the regulations encompassing the sector.Parveen Mahtani talked about the scope of ‘meta-verse’ and ‘cloud funding’. Supplementing her address with ample number of personal encounters, Mahtani also highlighted the challenges attached to this area. Dr Swapnil Bangali addressed on the key concerns in the area of law and technology, i.e. the role of the intermediaries in the digital world. In his address, Dr Bangali deliberated on the relevance of social media, and the warring role it plays in data privacy and security.

The conclave concluded with Surekha Shetty, senior director, office of Career Advancement and Networking, Alliance University, delivering the vote of thanks. The conclave was a great attempt in exploring the various techno-legal challenges existing in the present tech-driven world while highlighting and deliberating on grey areas experienced by the legal fraternity.