Sullia, Aug 16: A 33-year-old software engineer of Sullia accidentally slipped to death from the second floor of a building where he lived in Hennur, Bengaluru while trying to hoist the national tri-colour as part of the Har Ghar Tiranga campaign.

The deceased is Vishwesh Kumar, son of Narayana Bhat who lived in a rented house near the Boodu Bhagavathi temple in Sullia of Dakshina Kannada district. Vishwesh originally belonged to Yettukallu of Vittal and was of a priest descendent. 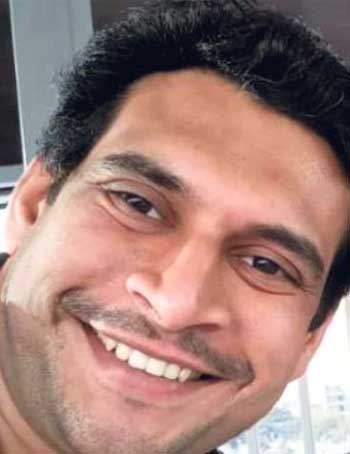 Vishwesh was working in a private company in Bengaluru and was living in Hennur HRBR Layout 5th block in a two-storeyed building. He was living on the ground floor with wife, a two-year-old daughter and his parents. Narayana Bhat who lived in Sullia had relocated to Bengaluru after his son had found employment in the city. Vishwesh Kumar had shifted to Bengaluru following his marriage two years back.

Hennur police in Bengaluru have registered a case.