Kundapur, Aug 11: Udupi police have arrested the accused who had stolen a Mangalasutra, a ring and two bangles from a woman, while she was waiting on the road for a bus to go to Kadabettu in Koorgi cross in Koorgi village of Kundapur taluk.

The accused is identified as Praveen (24), a resident of Hosanadu village, Trasi, Byndoor Taluk. 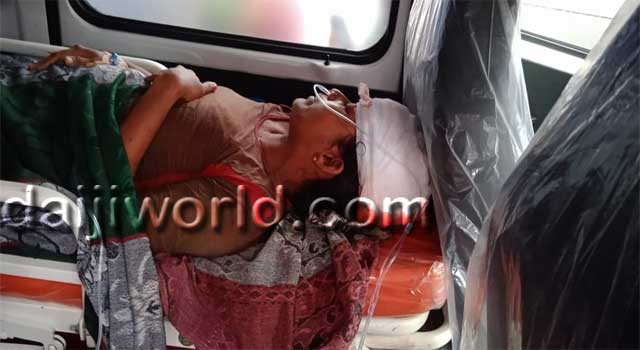 It is said that the woman is identified as Devaki Poojarthi (32) wife of Ashok Poojary and a resident of Lakshmi Nilaya, Kadina Bettu who was waiting for a bus and had come to take her son from the school.

The accused who came on a bike attacked the woman from behind with an iron rod and stole her Mangalasutra weighing two sovereigns and bangles weighing about 2 ½ sovereigns, and a finger ring weighing 0.5 sovereign. The total cost of stolen items is valued at about Rs 1.6 lac.

The accused had used the bike during the crime and the Kundapur Rural Police have filed a case.

On the basis of CCTV footage from Halady road and Kundapur main road besides the other technical evidences including the motorcycle cycle used, the police have arrested the accused. The police had formed a special team to arrest the culprit. Police have also seized the vehicle bearing the number KA-20 V-8394 from the accused on August 10.

Police also recovered the gold ornaments which were mortgaged in a co-operative society bank in Gujjadi and Rs 41,000 from the accused.