Sullia, Aug 10: The police here arrested a youth who was wandering around brandishing a sword.

The arrested is identified as Sandeep. A video footage of Sandeep walking with a sword had gone viral on social media. The police who saw it registered a suo moto case against him. 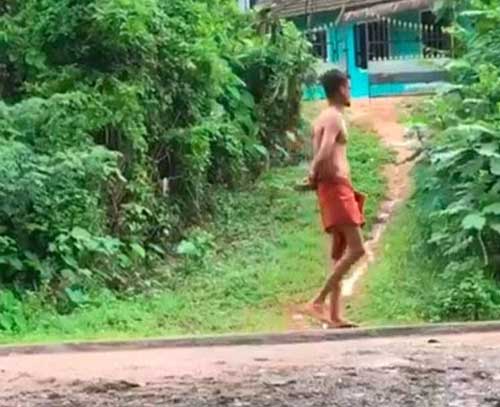 The youth is said to be an alcohol addict. He had given up alcohol during the last eight months. As he started drinking once again a day ago, he lost his mental stability and acted in this manner, it is said.

The police advised the public not to panic.