Mangaluru, Aug 10: Bajpe police have arrested accused Mohammed Azharuddin (31) alias Azhar, a resident of Adyapadi Montibail for abusing, assaulting and obstructing the police from carrying out their duties.

When the Bajpe police went to Azhar's house on a search operation, Azhar reported hurled abuses, assaulted them and obstructed the police from carrying out their duties. A case was registered against Azhar and his family. 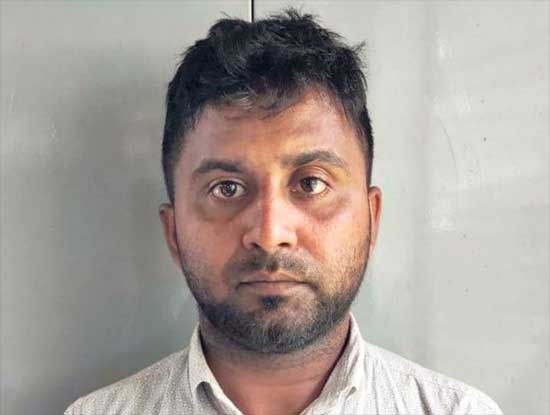 On police interrogation, it came to light that Azhar was involved in cases of cattle thefts recently in Kallabettuva in Moodbidri and Bangelgudde in Karkala. Azhar was said to be absconding and avoiding arrest.

In the past, two cases of theft and cattle theft were filed against Azhar with Bajpe and Karkala town police and one each at Karkala rural police and Moodbidri stations.

The arrest was made under the direction of Police Commissioner N Shashi Kumar, DCPs Anshu Kumar and Dinesh Kumar, Mangaluru north sub-division ACP N Mahesh Kumar along with Bajpe police inspector Prakash and his staff.

In another case, an auto driver was arrested by Mangaluru Bunder police on Tuesday for shouting abuses, assaulting and obstructing the police from carrying out their duties.

The arrested person is Vinod Poojary (48), a resident of Mangaladevi. In an inebriated state, he was reportedly obstructing the traffic near Rao and Rao Circle when the police directed him to make way for smooth flow of traffic. Vinod Poojary hurled abuses at the police and reportedly assaulted them besides misbehaving with the public. He was booked by the police under IPC Section 353 and taken into custody.