Maha: Governor sparks an inferno with 'anti-Marathi' remarks, douses it after uproar

Mumbai, Jul 30 (IANS): Maharashtra Governor Bhagat Singh Koshyari again landed in a hot soup - this time after his perceived 'anti-Marathi' remarks, but after a major political row, he made a tactical retreat, here on Saturday.

The stinging salvos were fired in Mumbai on Friday when he lauded the contributions of the Gujarati and Rajasthani communities to the progress and development of Maharashtra, at a ceremony. 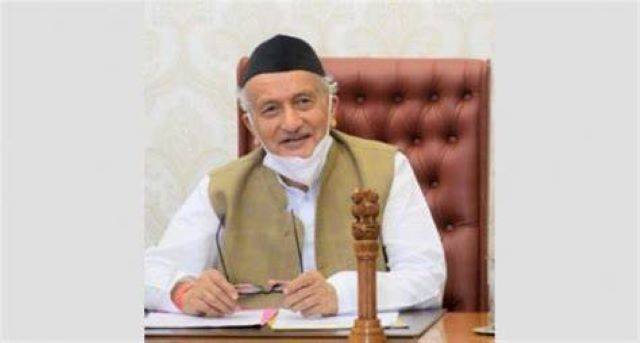 "If you remove Gujaratis and Rajasthanis from the state, especially Mumbai and Thane, then nothing will be left. Mumbai will lose its tag of the country's commercial capital without them," Koshyari declared.

Chief Minister Shinde termed it as the Governor's 'personal views' which he did not support and said that the contributions of the Marathis to the state and Mumbai can never be denigrated.

"Mumbai has progressed and got fame as the financial capital because of the hard work of Marathis. The Governor must ensure that the Maharashtrian's pride and image are not hurt by his utterances," said Shinde in Nashik.

"The Marathis are famed the world over for their achievements in all sectors and fields. Their contributions to the progress of Mumbai and Maharashtra is significant, and even the Governor is aware of this in his hearta We are not with him," said Fadnavis.

Ex-CM and Shiv Sena President Uddhav Thackeray said Koshyari has "insulted" the people of the state and now deserves to be shown 'Kolhapuri chappals (footwear)'.

"He regularly keeps making such controversial statements and does not maintain the dignity of the august office he occupies. He is trying to divide communities and even the Hindus by naming Mumbai and Thane where civic polls will be held shortly. Now it's time to consider whether this parcel named Koshyari should be packed off from here or put behind bars," said an agitated Thackeray.

In a sharp attack, Congress General Secretary Sachin Sawant said the Governor habitually demeans and defames Maharashtra and its people, and "those who have sent him here should take him back".

Slamming the Governor, NCP's Chief Spokesperson Mahesh Tapase said Koshyari has forgotten that "it were the Marathis who gave their lands and labour" to make the industries and businesses of the migrant communities profitable.

Castigating the Governor, Sena's Raut said that Koshyari has apparently not read the contributions of stalwarts like Jagannath Shankarsheth who had worked to make Bombay a financial powerhouse from the mid-1850s.

Terming it "Koshyari's hoshyari" (Koshyari's oversmartness) MNS President Raj Thackeray asked the Governor not to keep blabbering if he doesn't know the state's history as his comments have pained the people here.

"The Marathi people and others have given their lands and labour, and ensured a conducive environment that attracts people from all over to do business here. Do they get these anywhere else? Ahead of the elections, don't try to spoil the atmosphere or corner the Marathis, that's my request," said Raj Thackeray.

Other leaders like NCP MP Supriya Sule, Clyde Crasto, Congress' Balasaheb Thorat, Atul Londhe, Sena's Kishori Pednekar and many more snubbed the Governor for his remarks, terming them as in bad taste, not behoving the high office he holds, and recalled how Mumbai was saved by the martyrdom of 105 people during the Samyukta Maharashtra Movement.

However, VBA's Dr Ambedkar hailed the Governor and said that he has actually taken a swipe at the character of the Congress, NCP, Shiv Sena and BJP for ruling for many years without doing anything to give Marathis any business, which is still controlled by the Gujaratis-Rajasthanis.

"The people of Maharashtra must open their eyes and think whether to continue supporting these parties. The Governor has spoken out his mind and it's not an insult to the state," affirmed Dr Ambedkar.

Taken aback by the furious backlash, Governor Koshyari hurriedly clarified that his words were misconstrued as usual and reaffirmed the contributions of Marathis to Mumbai which is the pride of Maharashtra and also the country's commercial capital.

"I had no intentions to underestimate the Marathis... they have built Maharashtra by sheer hard work and there are many leading Marathi industrialists here, and are famous not only in the state but all over India and the world. Praising one community does not amount to insulting others," said the Governor in a statement on Saturday.

He reiterated that he was proud of the opportunity to serve the land of Chhatrapati Shivaji Maharaj and the Maharashtrians as the Governor and he had even learnt Marathi in a very short time.

Title: Maha: Governor sparks an inferno with 'anti-Marathi' remarks, douses it after uproar