Mangaluru, Jul 7: Resident of the city, Manisha, realized the dream of her father of serving in the Indian Air Force by getting selected to the Air Force Flying branch. She is the only brave heart to have done so from Karnataka.

Manisha is the daughter of retired officer of SBI, Manohar Shetty and headmistress of government school Malathi Shetty, residents of Ashoknagar in the city. She will be leaving to Hyderabad for training on July 9.

Manisha completed her primary, secondary and PU education from Lourdes Central School and St Aloysius College respectively. She completed her BE from Ramaiah college in Bengaluru. Manisha was working for Mercedes. 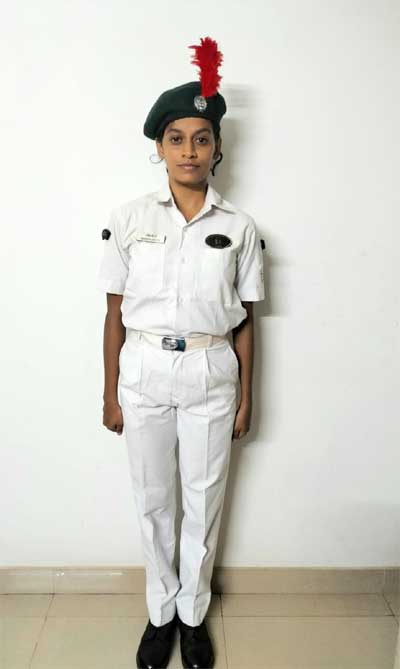 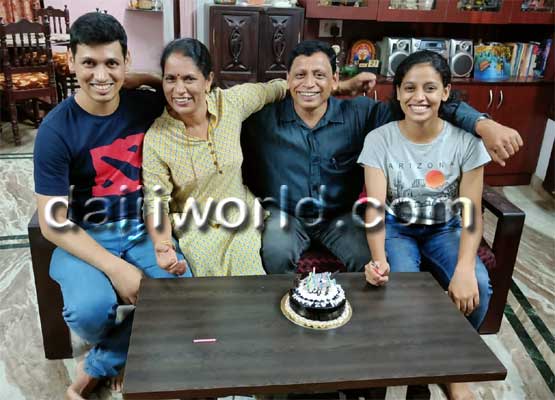 The selection process of the Indian Air Force is a six-month process. Out of the 250 girls who wrote the examination, only 59 got selected for the second phase. After various tests over a week, 15 got selected for the next round. Later, a medical test and stringent physical fitness test are conducted. Out of this, only five were chosen. Out of the five again, only three including Manisha were chosen throughout the country. The other two girls are from Delhi and Lucknow.

There were 96 vacancies for pilots in the Air Force. However, only 49 were selected as others could not make it to the final stage. Out of the 49, only 10 are girls and the rest 39 are boys.

Manisha’s father Manohar Shetty was selected for the Air Force when he was a youth. But his father did not give permission as his elder brother was already serving in the Air Force. Hence, Manohar Shetty had the dream of making one of his children an Air Force pilot. He spotted Manisha’s traits when she was a child and encouraged her to become a pilot.

Generally, those who aspire to join the Air Force get coaching. However, Manisha did not get any training except her father’s guidance and information from YouTube.

Manisha was good at sports too. She was a national level basketball player. She has participated in the Republic Day parade being in the NCC. She was dreaming about becoming a pilot when she was studying in sixth grade and used to convey the same with her friends and relatives openly.

In fact, Manisha was selected for Army as well as Navy too. But Manisha did not opt for it as she wanted to realize the dream her father nurtured for her. She continued her effort towards achieving the goal and tasted success.