Bengaluru, Jul 5 (IANS): Even as the arrest of a senior IPS and an IAS officer is being viewed as a setback for the ruling BJP, Chief Minister Basavaraj Bommai has said that his government was committed to cleanse the entire system.

The judiciary's biting remark on the functioning of the government and referring to rampant corruption in allotting important posts is said to be a setback to the BJP, according to party insiders.

Criminal Investigation Department (CID) sleuths have arrested senior IPS officer, Additional DGP Amrit Paul, in connection with the Police Sub-Inspector scandal. J. Manjunath, former Bengaluru Deputy Commissioner has been arrested by the Anti-Corruption Bureau (ACB) and remanded to judicial custody in a bribe case. Both arrests were made on Monday. 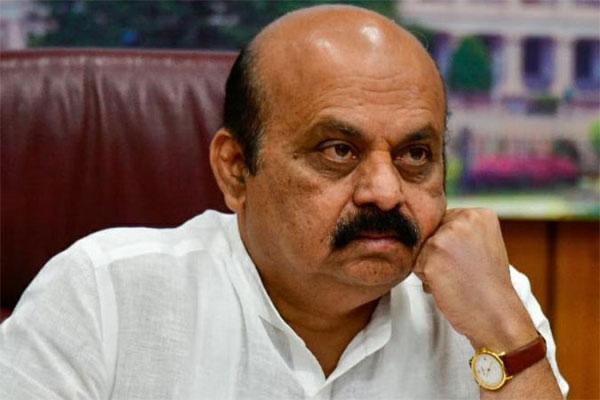 Chief Minister Basavaraj Bommai stated that ruling BJP was committed to cleanse the entire system through an unbiased and uncompromising probe. "Our government will act against the guilty even if it happens to be top officials," he maintained.

"The earlier governments had not bothered to investigate even when voices were raised against such scams during their regime," Bommai said.

However, party sources said that the development has raised serious questions for the ruling BJP, as the action has been taken after a rap by the High Court in the case of former DC Manjunath.

"Though, both Congress and BJP leaders have been arrested in connection with the PSI Recruitment scandal, the ruling party is more answerable and it is a setback in the election year," sources in BJP said.

The state general Assembly election is scheduled in 2023 and will be held in less than a year. Congress party is claiming that their survey suggested a comfortable majority in the upcoming Assembly elections.

The BJP central leadership, which has taken over the reins of the state unit, have already collected documents relating to 40 per cent commission allegations made by the Contractors' Association against state ruling BJP.

Manjunath was shunted out from the post of DC of Bengaluru Urban after being slammed by the High Court bench. The High Court Justice H.P. Sandesh, who was looking into the case of DC office staff being caught red-handed while receiving bribes in Bengaluru Urban DC office by ACB, stated that he had been getting transfer threats from the accused persons.

In a serious setback to the ruling BJP government, Justice Sandesh stated that he is ready to be transferred. "I am ready for it for the good of people. Your ACB ADGP (Seemanth Kumar Singh) seems to be a powerful person. One person has told this to my colleague. I have been informed about it by a judge. The threat of transfer will be recorded in the order," Justice Sandesh stated.

Opposition parties will pounce on the ruling BJP in the state. Sources said the BJP leaders are crossing their fingers as there are allegations of senior politicians' involvement in the PSI recruitment scandal.