New Delhi, Jun 19 (IANS): The Enforcement Directorate (ED) said on Saturday that it has arrested Appasaheb Ramachandra Deshmukh, the treasurer of Shri Chhatrapati Shivaji Education Society (SCSES in Maharashtra, in an alleged money laundering case pertaining to defrauding MBBS aspirants to the tune of Rs 29 crore.

The accused was produced before a special PMLA court in Mumbai which sent him to ED's custody till June 24. 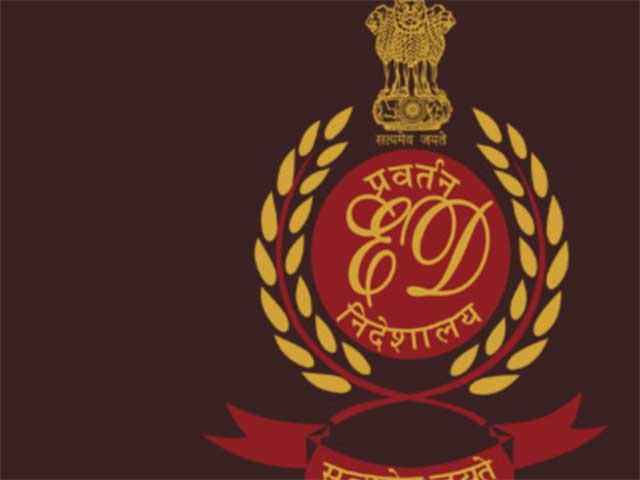 In May, the ED had arrested Mahadev Ramachandra Deshmukh, former President of the SCSES.

The ED initiated a probe into the money laundering case on the basis of an FIR registered by the Vaduj police station, Satara, against Deshmukh and others.

It has been alleged that the college management had collected funds in cash from the students for admission to MBBS course in the Institute of Medical Science and Research whereas the college was not eligible for the same.

During investigation, it was revealed that SCSES, Kolhapur, is a charitable trust which is engaged in educational activities.

The trust received permission to run a medical college for the academic year 2012-13 and 2013-14 for 100 seats per annum (85 seats government quota and 15 seats management quota).

However, in 2014, the admission regulatory authority rejected permission for admission in MBBS for the academic year 2014-15.

Despite that, admission was granted only to 200 students from 2012-13 to 2015-16. While the former SCSES President fraudulently collected Rs 29 crore from more than 550 students on the pretext of admission in MBBS course as donation, admission was not granted to as many as 350 students.

"Various agents were appointed on commission basis by Deshmukh to lure prospective candidates for admission against donation," an ED official said.