Puttur, May 28: Students are less in schools that have good infrastructure and vice versa. The story is same at a government school of the taluk where the number of students is more but they do not have classrooms. Many parents get their children admitted to government schools nowadays as they cannot bear the high fee of private schools.

There are 84 students studying in Manikkara government higher primary school under Koltige gram panchayat limits. Now all the classrooms that were under repair of the school have collapsed. There is only one room left now in the school in which teachers have to accommodate all students from first to seventh standard. 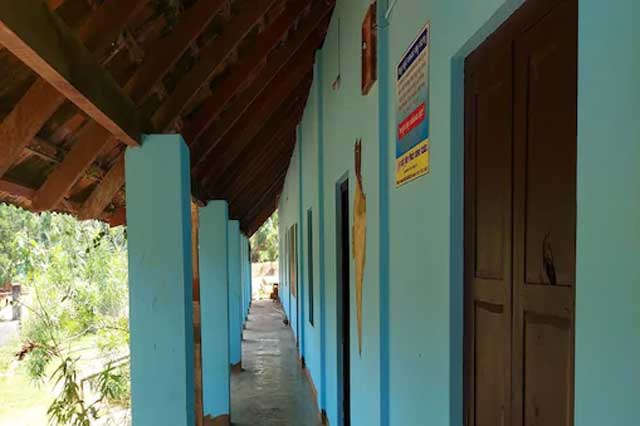 Some days the teachers take lessons in the open air auditorium of the school. During summer, students have to bear the scorching sun, while in monsoon they get wet due to rain. So the parents have stopped sending children to school temporarily since past five days. They are demanding the facilities to be provided to the children.

One building is already demolished and the other one will also be demolished as it is also dilapidated. Donors are getting two classrooms constructed and their work is in progress. The officials have assured the parents of putting shade net to the open air auditorium in order to hold classes.