Hubballi, May 26: Ramnagara Doodh Peer Dargah at Keshavapura in the district is a perfect example for Hindu-Muslim brotherhood. Hindus perform pooja in this Dargah and in addition, the pooja is performed by a woman priest.

This tradition is going on in this dargah for the past 62 years. While the pooja is performed by Gudagunti family, the Muslim community wholeheartedly supports this arrangement.

Till date no one has objected to this set up in the dargah. Muslims offer Namaz and Hindus offer pooja. Hanumavva has been performing pooja for the past 30 years. She says, “I have been continuing the tradition of our ancestors. Earlier, a dargah was made in our house itself. Only our family members used to offer pooja. Now people of all communities offer pooja here.” 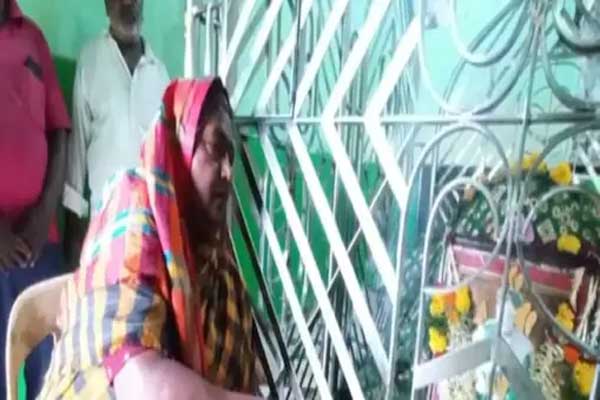 Guru Gudaganti, son of the priestess Hanumavva says, “Dhoodh Peer is of Lakshmeshwara origin. His dargah is founded here. We felt better so we made a dargah at home and offered pooja also. Later, we opened it for public use. The feeling of being a Hindu or a Muslim never got into our minds. Now Uroos is going on and both Hindus and Muslims brethren are taking part in it.”

Devotees of Dhoodh Peer Dargah firmly believe that anyone who visits this place and prays faithfully will get what he wants. Vanamala Mariammanavar, a devotee, says, “All wishes are fulfilled in this dargah. Those who enter with tears in their eyes go back with a smile on their faces.”

Local resident Shahajamana Mujahid says, “Doodh Peer Dargah is the proof for harmonious co-existence of Hindus and Muslims. Only certain miscreants are trying to divide the communities.”