Mangaluru May 24: Coastalwood movie ‘Raj Sounds & Lights’ directed by Rahul Amin and produced by Anand Kumpala will be released in Canada, Bahrain, Australia and Salalah in Oman in the months of May and June.

Raj Sounds & Lights have already created many milestones as it will be the first Tulu movie to be released in Canada on May 28, which is presented by Tulu Koota Canada in association with Mysore Studio house Canada. The movie will be released at Salalah Gardens Mall in Oman on May 27 and on June 10 in Bahrain.

The movie will be released in Australia on June 5 at Hoyts blacktown (located in west point blacktown) Cinema 10, Sydney Australia, which is presented by Tulu Koota Sydney. 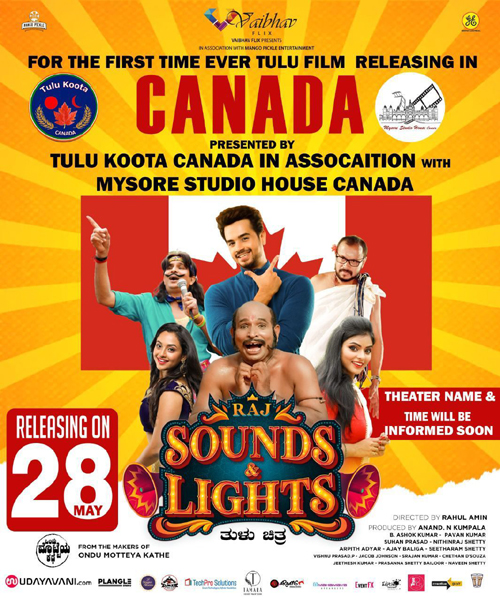 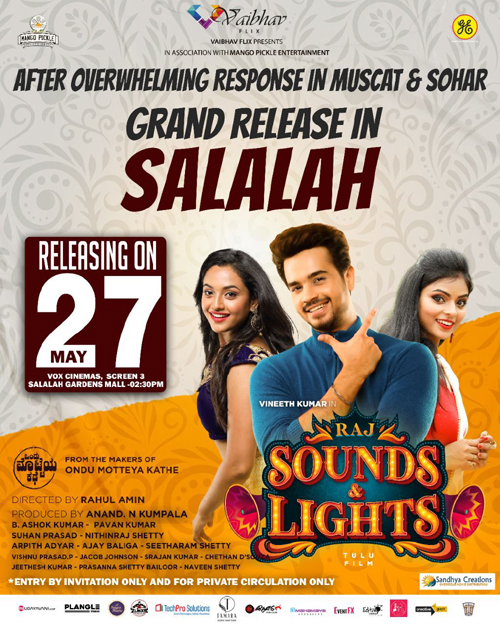 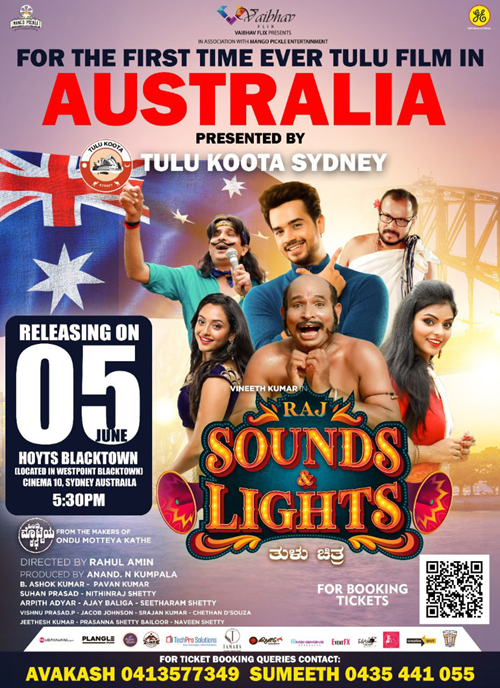 It was an overwhelming response at Muscat and Sohar for the film. Now it is time for audience at Salalah to cheer Raj Sounds & Lights.

The audience has wholeheartedly accepted Raj Sounds & Lights all over the globe. The movie was released on May 20.