Udupi, May 22: Two charred bodies were found in a burning Car in Kothoor of Heggunje Gram Panchayat limits in Mandarthi in the wee hours of Sunday, May 22.

In a grizzly twist, it is said that the deceased duo is a young couple who could have killed themselves after dousing themselves with petrol and setting themselves ablaze in the car.

The deceased have been identified as Yashwanth and Jyothi, both natives of R T Nagar in Bengaluru. Three days ago a case regarding the missing duo was filed in Bengaluru. They had rented the said car from one Hussain in Mangaluru. 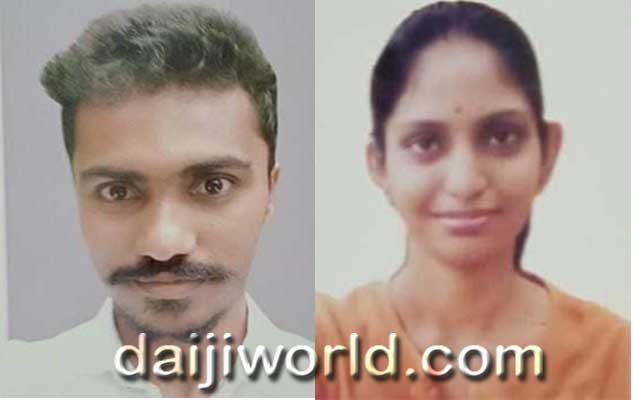 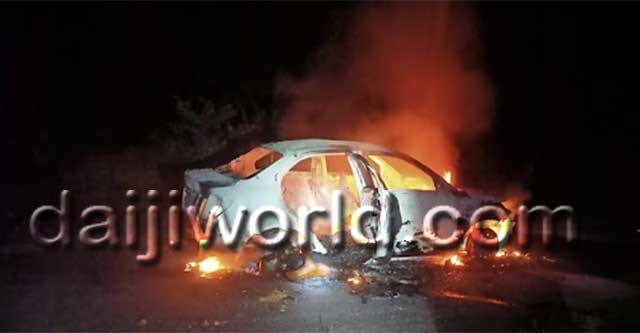 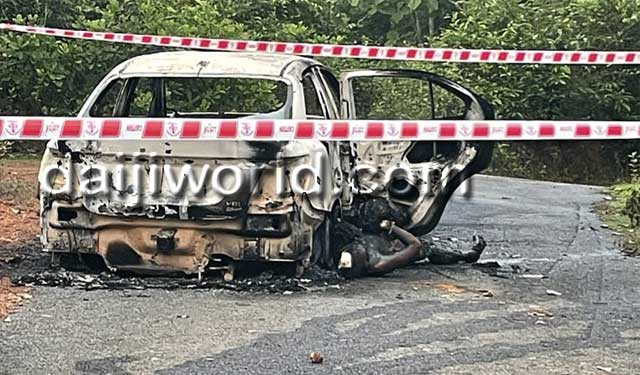 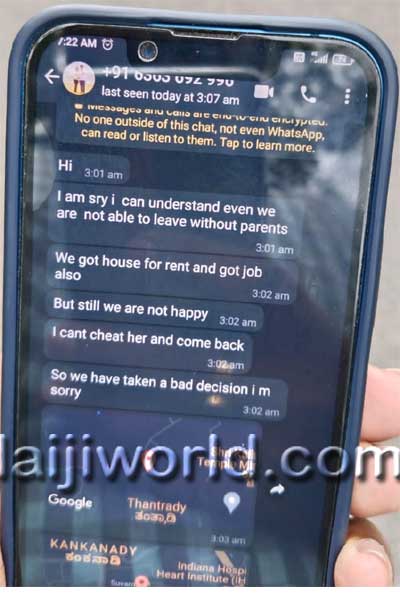 The locals of the area found flames emanating from the road at about 3 AM on sunday. Presuming that it could have been electrical mishap when they rushed to the spot they were shocked to find a car up in flames.

The Brahmavar police who rushed to the spot also found two burnt down bodies in the car. Investigations are in progress to ascertain whether it is a suicide or sabotage.

The FSL team conducted a spot inquest. The bodies were shifted to a mortuary in Manipal after the arrival of a family members of the deceased.

Yashwanth had sent a text message to one of his close relatives regarding the couple's extreme step along with the location of the act. The last message from his phone number was sent at 3:02 AM said the sources.

The post-mortem will be conducted in Kasturba Hospital, Manipal.