The Rouse Avenue Court of Delhi will hear the arguments on the quantum of punishment to Chautala on May 26. 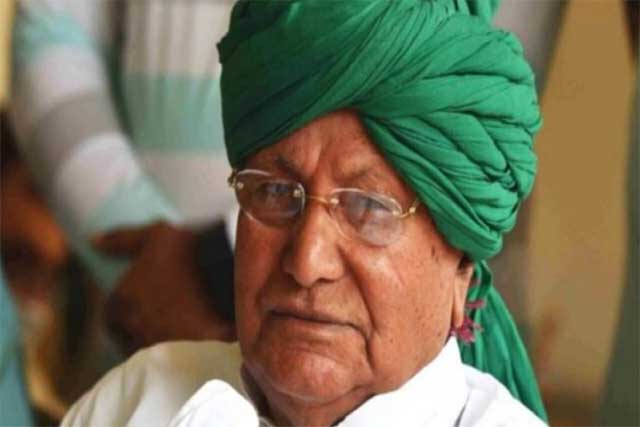 On May 19, the court had reserved its verdict in the case of possessing disproportionate assets. As per the chargesheet filed by the CBI, Chautala is responsible for amassing assets worth Rs 6.09 crore, allegedly disproportionate to his legitimate income, between 1993 and 2006.

In May 2019, the Enforcement Directorate had attached over Rs 3.6 crore worth of properties of the former Chief Minister located in New Delhi, Panchkula, and Sirsa.

He was also convicted in the JBT scam in January 2013.

In 2008, Chautala and 53 others were charged in connection with the appointment of 3,206 junior basic trained teachers in Haryana during 1999-to 2000.

In January 2013, a court sentenced Om Prakash Chautala and his son Ajay Singh Chautala to ten years' imprisonment under various provisions of the IPC and the Prevention of Corruption Act.

Chautala was found guilty of illegally recruiting over 3,000 unqualified teachers. Though out on parole, Chautala was released from the Tihar Jail on July 2, 2021 from a 10-year prison sentence after completing the due formalities.

His grandson Dushyant Chautala is the Deputy Chief Minister of Haryana.