Mangaluru, May 20: "The state has become the capital of corruption due to the corruption and law and order failure by the BJP-led government in the state," said Karnataka Pradesh Congress Committee (KPCC) Working President Saleem Ahammed.

He was addressing a press meet at Congress Bhavan here on Friday, May, 20.
He also alleged that the BJP government came to power through corruption by holding the operation lotus. Since the formation of the government, the BJP government has sunk in corruption. Through the corruption and 40% commission, BJP made people in the state bow their heads in shame. 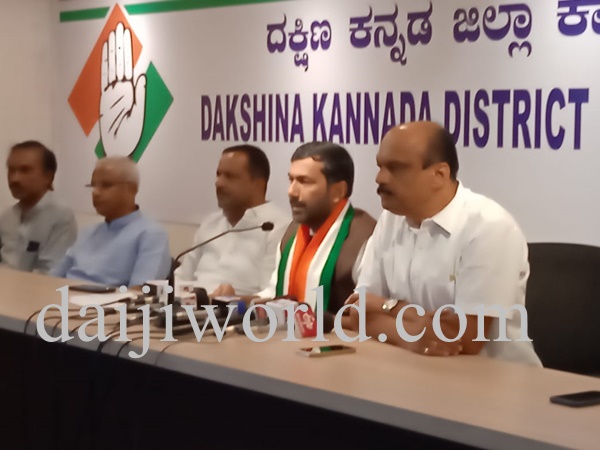 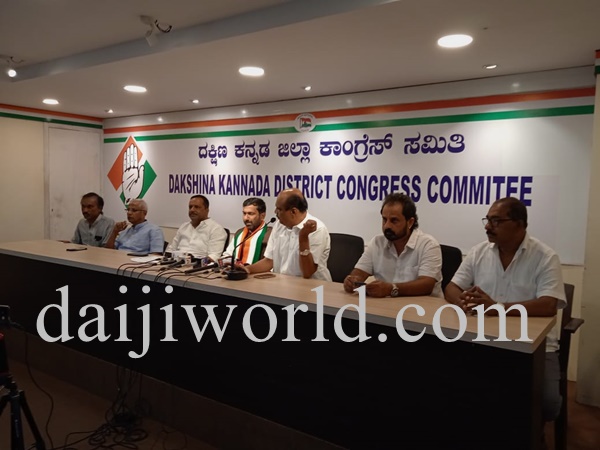 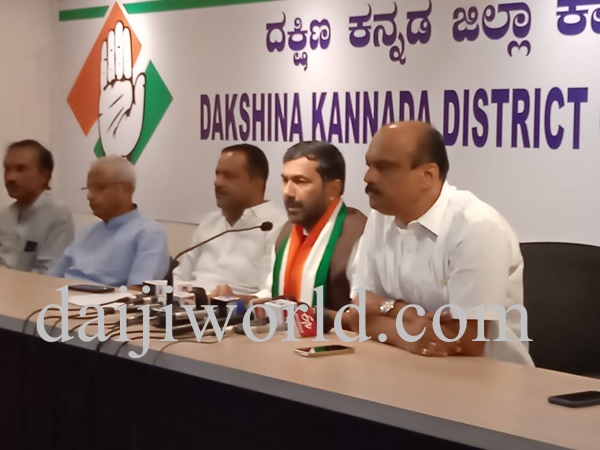 "Santhosh Patil had revealed in his death note that former minister K S Eshwarappa had sought a 40% commission to sanction his bill of the government work that he carried out. Congress had sought the arrest of Eshwarappa, but the government failed to do so. There is no development but only corruption is going on in the state. The government is looting the taxpayer's money. Their hunger is only for power, hence they are aspiring for cabinet expansions and positions of various boards and corporations," he said.

He also said that the government is afraid of losing the elections, hence they are not ready to hold ZP, Taluk panchayat, and corporation elections.
Also, he slammed the government for dropping the chapter of Brahmashree Narayana Guru from the class 10th textbook.

"The BJP government is involved in saffronisation. It is dividing the people on the basis of religion," he added.

Speaking on the organisation of the party, Saleem said that Congress in Karnataka is in the number one position by enrolling 76 lakh members to the party. In the Dakshina Kannada, Congress has enrolled 1,14,975 members as of last month. By May 28, Congress will form booth level committees in all 1900 booths in the district.

During the second week of June, Congress will hold a brainstorming session in Mangaluru with regard to party organisation ahead of the next upcoming elections. As many as 200 delegates with various responsibilities in the party will take part in the session, he said.

He also said that Congress leader Rahul Gandhi will hold the Bharath Yatra against corruption by the BJP-led government and organization of the party on October 2.

To a question on why Pramod Madhwaraj had joined the BJP, Saleem Ahammed said, "For the desire of power he joined the BJP. After elections in the state he will regret," he added.