Mangaluru, May 7: MLA U T Khader asked why is the BJP silent to take action against BJP MLA Basanagouda Yatnal who said that there was a price for the chief minister’s post.

Addressing media here on Saturday May 7, Khader said, “When Congres leaders shared information on the PSI scam in the public domain, the CBI served notice to the Congress leaders. When Yatnal revealed the price for the chief minister’s post, why is the BJP not ordering a probe or serving notice to Yatnal? BJP have failed to live up to the expectations of people. They are diverting the minds of people to hide their failures. People are watching BJP’s stand on Yatnal’s statement now.” 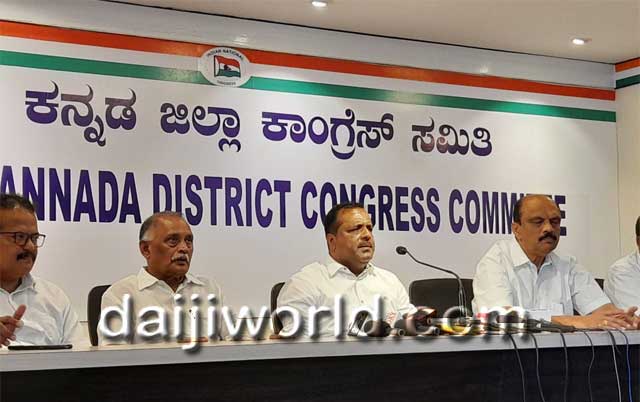 He further said, “The district administration and government need to take stringent action against Muslim Defence Force group who post provocative content creating confusion, fear and disturbing the peace in the society. The government is not serious about the issue, which shows their indirect support.”

When asked about BJP luring Pramod Madhwaraj to join BJP, Khader said, “ The BJP are confident they will not win the elections, so they are calling Congress leaders to join BJP. This shows their weakness.”