Mangaluru, Apr 20: The government has decided to create a Kambala association to preserve and promote Kambala as a sport that has a history of several centuries in the coastal region of the state.

This decision was taken in a meeting presided over by Basavaraj Horatti, chairman of Karnataka Legislative council at Vidhana Soudha on Tuesday, April 19, 2022.

This meeting was convened after Vidhan Parishat member Manjunath Bhandary and other members referred to the subject in the budget session held in March this year. 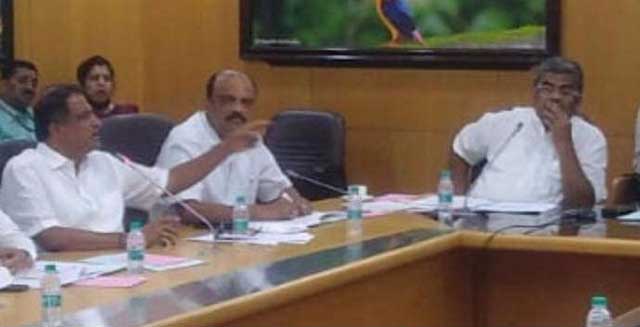 It was decided that a state-level Kambala association should be formed to organise the sport in an effective manner. Approval from the department of sports and funds of the state government will be obtained for it. The district and local Kambala committees will be enrolled in the state-level Kambala association subsequent to it. A separate Baila will be formed and funds will be released for local Kambala committees.

The meeting was held as a supplement to the discussions held in the Vidhan Parishat. “The decision to form a Kambala association was important. With it the Kambala sport has received a new dimension,” said Vidhan Parishat member Manjunath Bhandary.