Nagpur, Apr 18 (IANS): Tension prevailed in Maharashtra's Amravati district after an altercation between the two communities following which the authorities imposed Section 144, officials said on Monday.

The two groups clashed on Sunday night over hoisting a saffron flag in Dulla Gate area of Achalpur city, and gradually, the atmosphere became heated.

Stones were also pelted during the skirmish. 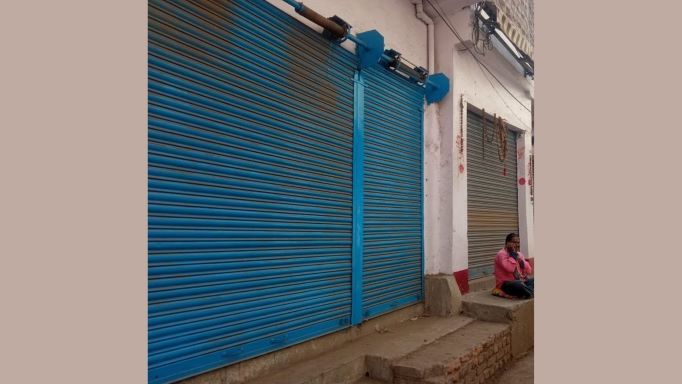 However, the situation was brought under control when the police rushed to the spot, and dispersed the agitated crowd.

The Achalpur violence broke out on the heels of the Jahangirpuri communal clash in Delhi on Saturday.

Currently, a curfew has been imposed under Section 144 and a large police contingent has been deployed.

However, tensions are still brewing in Achalpur -- the second most populous in Amravati district after Amravati, after the incident.

Shashikant Satav, the additional Superintendent of Police of Amravati, said three cases have been registered and as many as 16 people have been arrested in connection with the violence.

He has also urged the residents to maintain calm, and not believe in rumours or social media posts.

The police officer further said that to ensure the law-and-order situation is maintained, more than 600 police personnel have been deployed in Achalpur-Paratwada twin city, Kandli village, and another village.

Section 144 was imposed in the affected areas of the district to prevent mass gatherings, he said.