The police took into custody after Nabisaab, the vendor, lodged a police complaint. 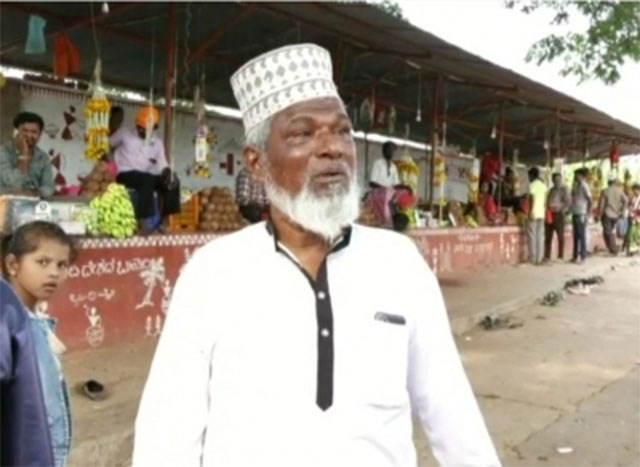 The Dharwad Rural police have lodged an FIR against eight persons on charges of deliberately hurting religious sentiments, unlawful assembly, rioting and deliberate attempt to breach of peace.

Since 15 years, Nabisaab's shop has been operation from the premises of the Nuggekeri Hanuman temple.

On April 9, the activists who showed up in the temple premises destroyed the fruits and asked him not to continue his business.

The state's Law and Parliamentary Affairs Minister J.C. Madhu Swamy had stated on the floor of the House that non-Hindus cannnot carry out their businesses in temple premises and religious fairs.

Since then Hindutva groups are vehemently demanding vacating Muslim vendors from all religious places.

The vandalisation of the fruit shop has received widespread condemnation, including former Chief Minister H.D. Kumaraswamy who gave the vendor financial aid.