Mangaluru, Apr 6: City Police Commissioner N Shashikumar on Wednesday, April 6 said that the police department will serve notices to industrial, commercial, residential areas and silence zones as per the notification of the union ministry of environment and forest to maintain the ambient noise standards as per Noise Pollution (Regulation and Control) Rules 2000 amended 2010 framed under Environment (Protection) Act 1986 while using the loudspeakers. 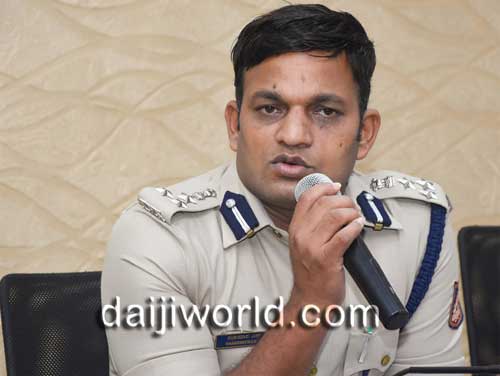 Addressing the media at his office here on Wednesday, April 6, he said, "Under the Mangaluru Commissionerate, the police have identified 1001 such places where loudspeakers are used. As per the notification, notice will be served to these institutions to maintain ambient noise standards while using loudspeakers. Notice will be issued to 357 temples, 168 masjids, 95 churches, 106 educational institutions, 60 industrial areas, 98 entertainment areas, 68 marriage halls and programme centers and 49 other public places," he said.

In any place, if noise standards are violated while using the loudspeakers and sound is used louder than prescribed decibels, action will be taken as per the act, he warned.