Mangaluru/Udupi, Mar 31: The selection list of Chief Minister’s medal for police officers of state police department for the year 2021 is released on March 30.

In total, 134 officers are bestowed with the coveted award. Out of the 134 police officers, six from Mangaluru and two of Udupi district are selected for the honour. 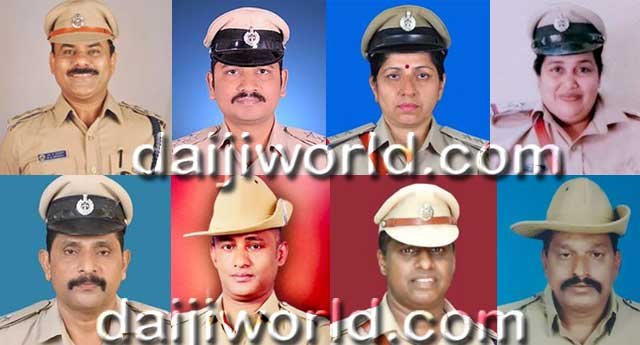 City police commissioner, N Shashi Kumar has hailed the sincere services of these personnel who have won the medals and congratulated them for this achievement in a tweet.

The ones for the award from Udupi are Raghavendra R Nayak, who is serving as DySP of DAR, and senior constable of crime detective department, Vijaya Kumar.

The award ceremony will take place at 8 am on April 2 at the third battalion of KSRP at Koramangala in Bengaluru.