Mangaluru, Feb 8: The annual car festival of Lord Venkataramana temple at car street here was held in a grand way with the participation of thousands of devotees on Monday February 7. The six-day event will culminate with Okkuli on February 8.

The car festival was a little subdued affair during the last two years because of the pandemic. This time however, the event was held on a grand scale. The enthusiasm of the devotees also was multiplied this time on account of the initiation of a newly made Brahmaratha which cost over two crore rupees. People came from various parts of the country and abroad to be a part of the celebrations and get a sense of fulfilment. 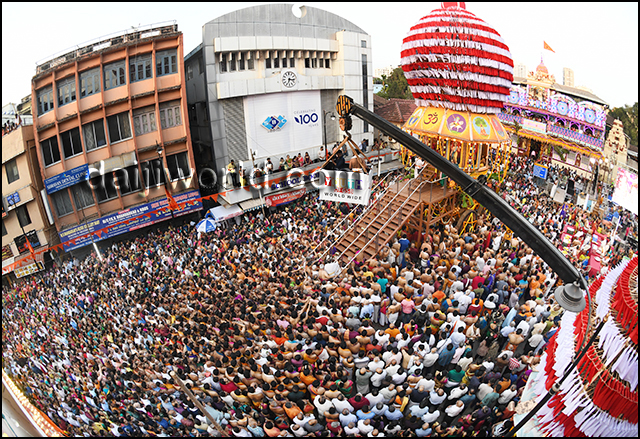 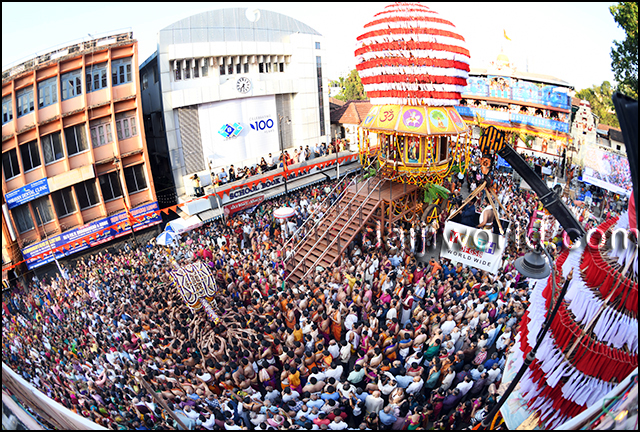 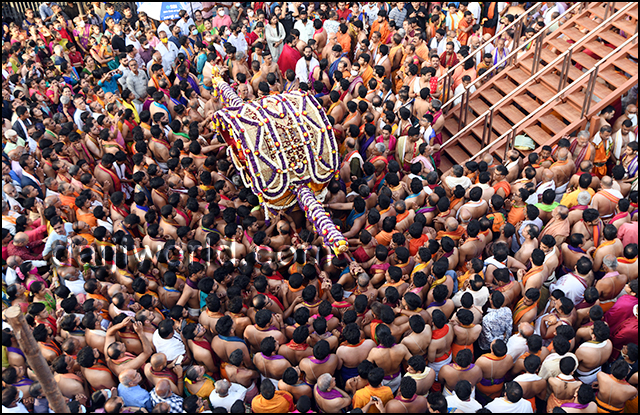 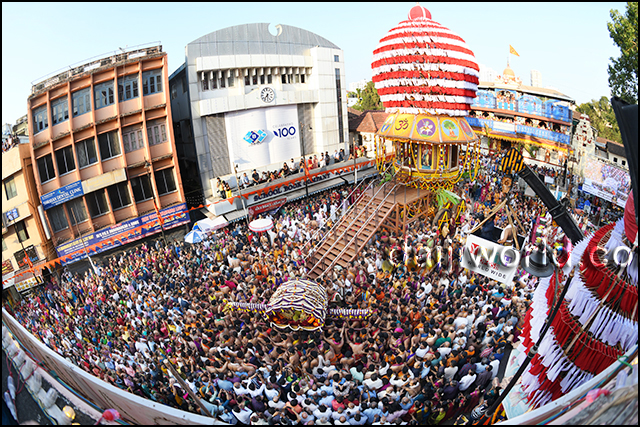 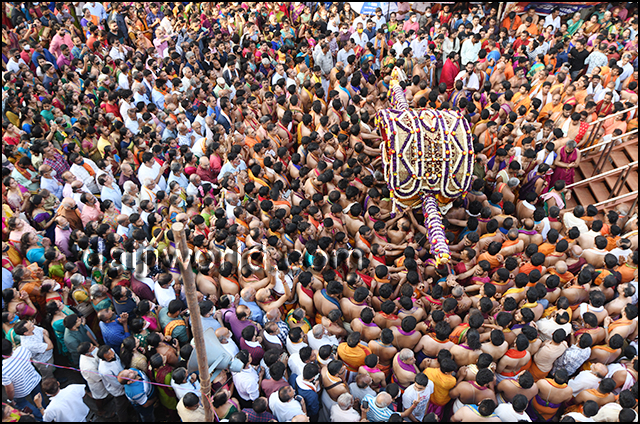 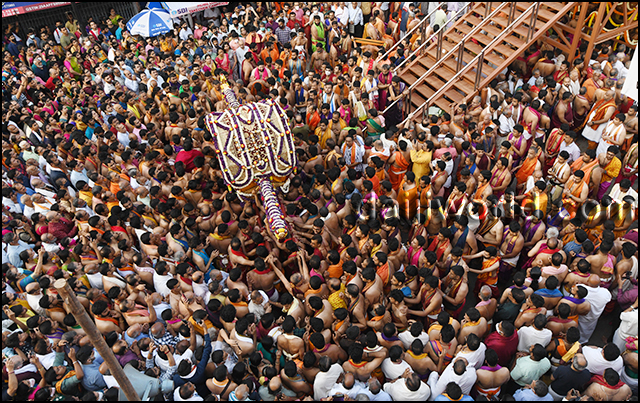 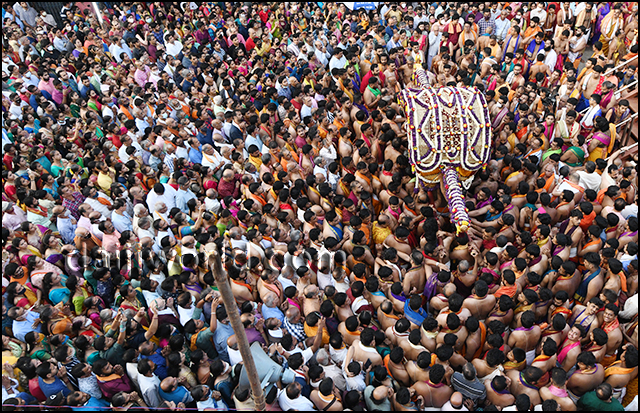 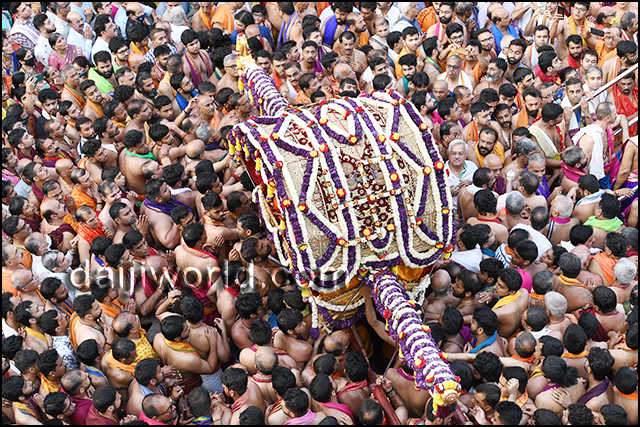 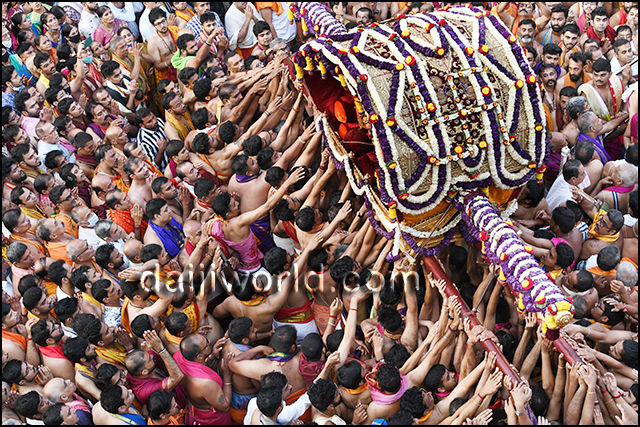 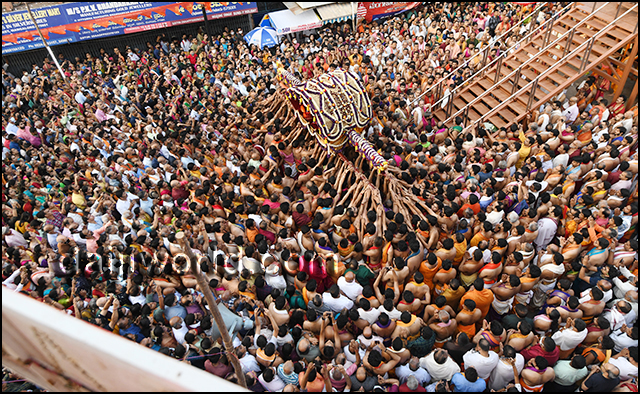 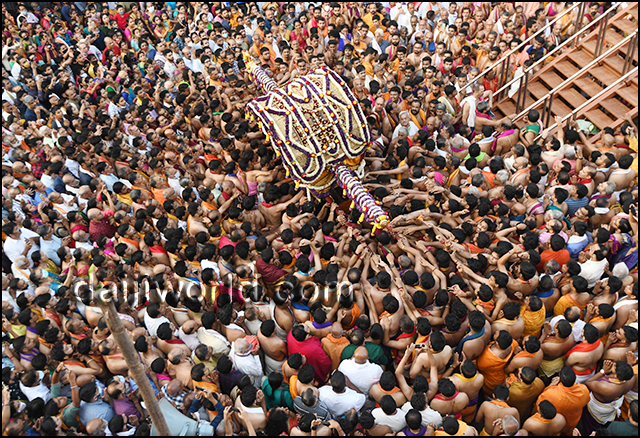 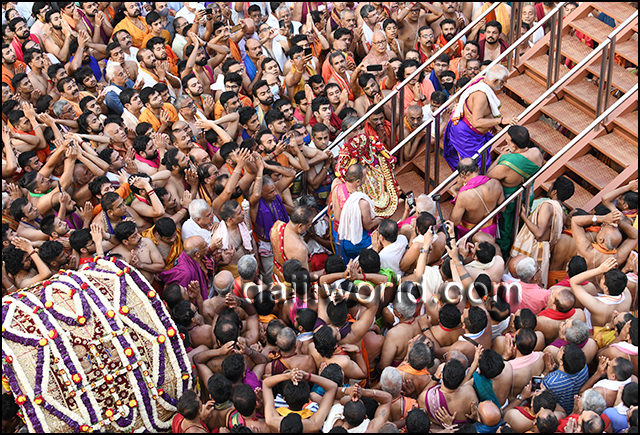 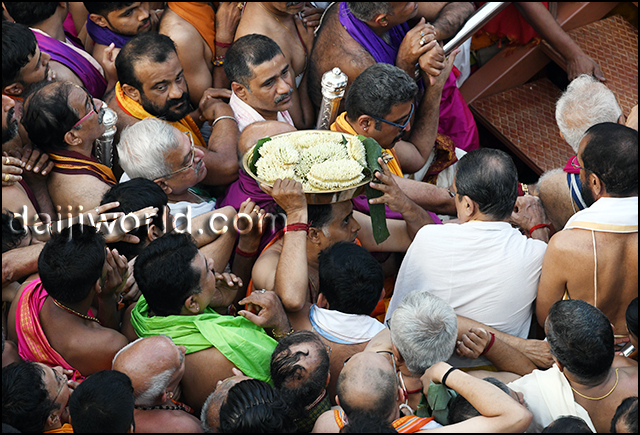 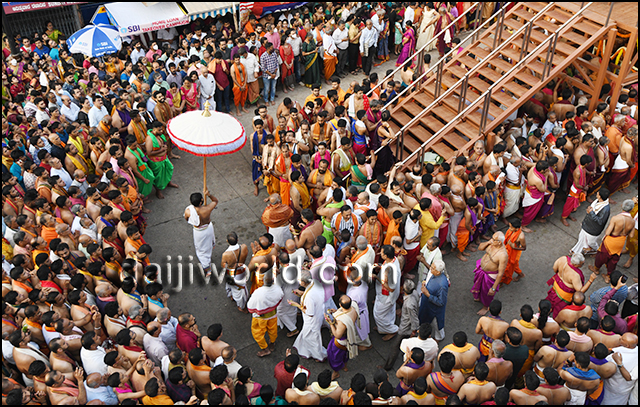 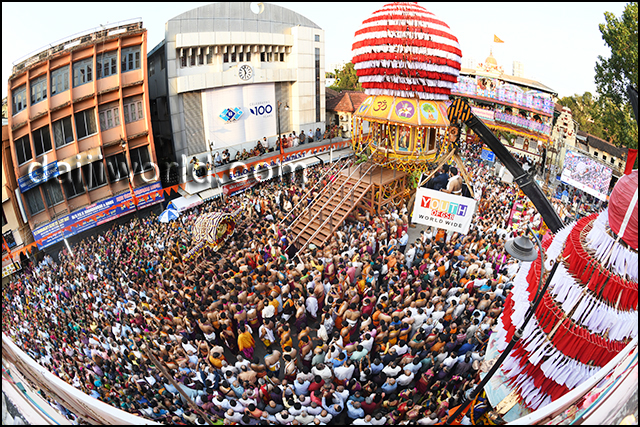 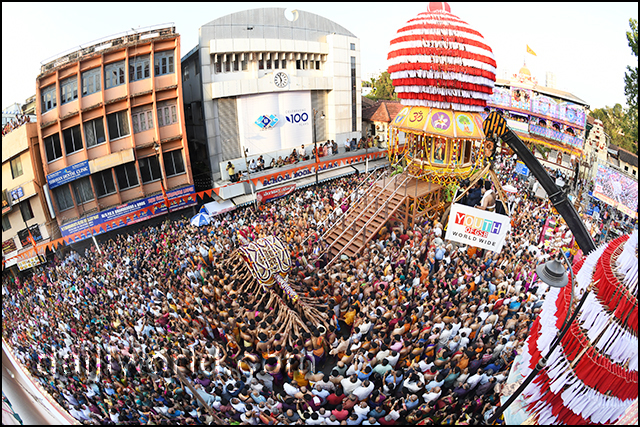 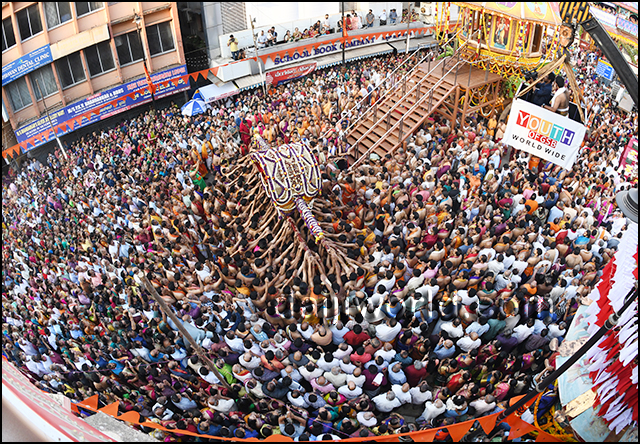 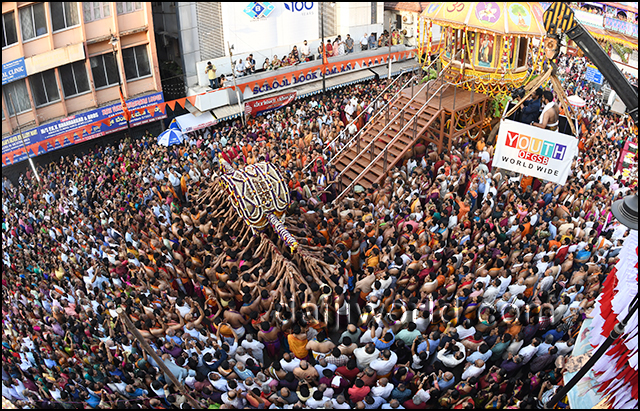 Under the guidance of the spiritual head of Kashi Math, Sri Samyamindra Teertha Swamiji, Shata Kalashabhisheka, Pavamanabhisheka and Gangabhisheka were performed on Monday morning. In the evening, thie Swamiji offered Poornahuti to the fire sacrifice organized on the occasion, followed by offering Maha Mangalarathi to Lord Veera Venkatesha seated on the new chariot after the Lord seated in golden palanquin was taken in a unique procession by exuberant devotees to the chariot. The chariot was then pulled by the devotees through the car street.